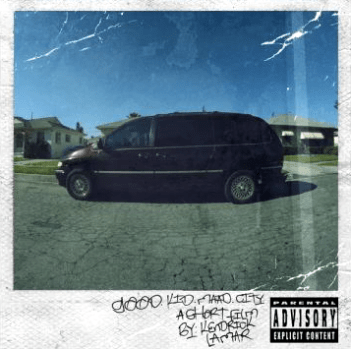 TNC mulls Kendrick Lamar‘s latest over at the NYT:

I must confess my bias. I grew up in Baltimore during a time when the city was in the thrall of crack and Saturday night specials. I’ve spent most of my life in neighborhoods suffering their disproportionate share of gun violence. In each of these places it was not simply the deaths that have stood out to me, but the way that death corrupted the most ordinary of rituals. On an average day in middle school, fully a third of my brain was obsessed with personal safety. I feared the block 10 times more than any pop quiz. My favorite show in those days was “The Wonder Years.” When Kevin Arnold went to visit his lost-found love Winnie Cooper, he simply hopped on his bike. In Baltimore, calling upon our Winnie Coopers meant gathering an entire crew. There was safety in numbers. Alone, we were targets.

The world I lived in, and the preserve of Lamar’s album, was created not by mindless nature but by public policy. It is understandable that in the wake of great tragedy we’d want to take a second look at those policies. But in some corners of America great tragedy has bloomed into a world that does not simply raise the ranks of the dead but shrinks the world of the survivors. “Good Kid” shows us how gun violence extends out beyond the actual guns.

Here is an album that people grappling with policy desperately need to hear. It does what art does best in that it bids the monotony of numbers to sing.

Not that long ago I mused a little bit about about all the little ways that growing up poor sticks with you. And I think the idea that you are not safe, in a moment-to-moment way, is one of the hardest to shake.

Going to and from the store or to a basketball court often meant opting for a longer route, walking a block or two out of your way so you could take  some better-lit street. It wasn’t quicker but it was the least fraught. (This was all certainly much, much worse for girls and women.) It’s funny now when I think about it: we ain’t even have straight lines.

One of the most infuriating ideas that pops up in the aftermath of high-profile killings of black people by nonblacks is the idea that Negroes are insufficiently outraged when the killer is black. If black folks do not appear to value the lives of our children every day in our communities, then why do we think that people outside the community would value those same lives?

There’s a large contingent of folks who think that Negroes in our nation’s many hoods don’t take violence seriously, that it’s something that folks shrug off or ignore. I can’t believe this even bears saying aloud, but no one considers the possibility of violence more than the people for whom violence is a quotidian reality; they think about that shit all the time. This is not some abstraction to them. The decision not to talk to the cops isn’t cosigning grisliness, it’s about simple self-preservation.  There are all those teenagers who wear t-shirts emblazoned with the faces of their slain friends, all those makeshift shrines at streetlight posts with stuffed animals that read “Gone But Not Forgotten.”

The societal implications of all this are huge. It’s very hard to educate kids with PTSD.