Home » Browse PostBourgie » Affirmative Action Is Not Quite Dead Yet.

Affirmative Action Is Not Quite Dead Yet. 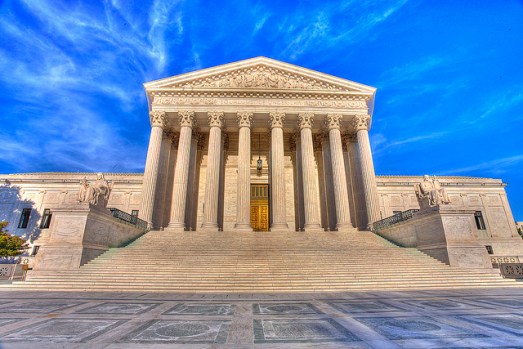 But as Nikole explained way back in 2013, it was always really, really hard to argue that race had anything to do with why Fisher didn’t get into UT:

In 2008, the year Fisher sent in her application, competition to get into the crown jewel of the Texas university system was stiff. Students entering through the university’s Top 10 program — a mechanism that granted automatic admission to any teen who graduated in the upper 10 percent of his or her high school class — claimed 92 percent of the in-state spots.

Fisher said in news reports that she hoped for the day universities selected students “solely based on their merit and if they work hard for it.” But Fisher failed to graduate in the top 10 percent of her class, meaning she had to compete for the limited number of spaces up for grabs.

It’s worth noting here that UT’s ‘Top 10 Percent Plan’ was itself created as a workaround for the increasing restrictions placed on affirmative action in college admissions, as the Supreme Court has been steadily chipping away at their ability to use race as a factor in admissions. But many colleges still want to create diversity among their student bodies, and so they have to find increasingly complicated, ostensibly “race-neutral” ways of getting there. Which brings us to our hardy old nemesis, Residential Segregation. The University of Texas figured by giving automatic entry to the top ten percent of kids in Texas schools/districts — which are, of course,  deeply segregated — it could effectively create a measure of diversity on campus largely by just taking the strongest swaths from all those segregated all-black/all-Latin@/all-white schools. So, ‪#‎housingsegregationineverything‬, even in campus diversity initiatives. Because irony.

Okay, back to NHJ:

She and other applicants who did not make the cut were evaluated based on two scores. One allotted points for grades and test scores. The other, called a personal achievement index, awarded points for two required essays, leadership, activities, service and “special circumstances.” Those included socioeconomic status of the student or the student’s school, coming from a home with a single parent or one where English wasn’t spoken. And race.
Those two scores, combined, determine admission.
Even among those students, Fisher did not particularly stand out. Court records show her grade point average (3.59) and SAT scores (1180 out of 1600) were good but not great for the highly selective flagship university. The school’s rejection rate that year for the remaining 841 openings was higher than the turn-down rate for students trying to get into Harvard.
As a result, university officials claim in court filings that even if Fisher received points for her race and every other personal achievement factor, the letter she received in the mail still would have said no.
It’s true that the university, for whatever reason, offered provisional admission to some students with lower test scores and grades than Fisher. Five of those students were black or Latino. Forty-two were white. [Emphasis mine.]

So yeah. The mere fact that SCOTUS had decided to hear this case last year  was genuinely concerning to a lot of people, as there were real questions about whether/how she even had standing to bring this suit in the first place. It augured something really bad if the justices were willing to grant cert to a case that appeared this week. (As a headline on a piece by Jamelle darkly quipped last year: “The Supreme Court might destroy affirmative action because this white woman’s grades weren’t good enough.”)

The high court opted not to kill affirmative action — this time. Who knows how long this reprieve might last?

#SCOTUS upholds Affirmative Action in the case of Becky with the Bad Grades V U. of Texas. pic.twitter.com/HmqrDrPvkm