Home » Browse PostBourgie » The Lucky Ones. 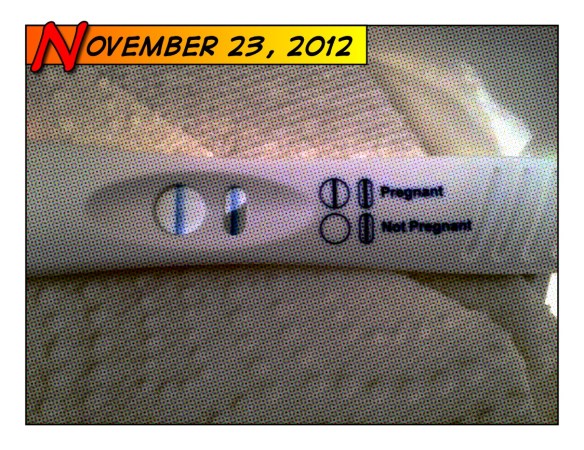 (PBers Sean and Cindy got married last year, and they announced two days ago that they’re expecting. We’re amped for them! #postbaby. — Ed.)

Cross-posted from Don’t Cross The Streams

When we found out Cindy was pregnant, I was thrilled. I think I actually threw my arms in the air before I hugged her. We had suspected for at least a week before she actually took the test. I wasn’t scared (at least not yet).

Being me, of course I hopped on the Internet and read everything I could about the early stages of pregnancy1. I started following the Reddit boards dedicated to such talk, BabyBumps and PreDaddit. I scoured them for hours reading people’s questions, advice, joy and, in some cases, devastation. Occasionally, one of the posters would tell the group that they would be leaving the board because they had a miscarriage. Suddenly, a train of thought left my mental station without delay, “What if that happens to us?”

Aside from general miscarriage statistics, I had no reason to believe that anything would be wrong with the pregnancy. The saner parts of my brain would chime in every once and awhile, “if something happens with this pregnancy, it wasn’t meant to be. Besides knowing you and Cindy could conceive is a relief in and of itself.” Saner Sean was right and I listened to him as much as I could. Unfortunately, just as this new life had been conceived, a new Sean had also been born, Paranoid Sean.

This Sean was terrified that he would wake up in the morning and this amazing dream would be over. Paranoid Sean was loudest in the mornings and right before he fell asleep. Every night, I would pray, “Please God, let this baby be healthy. Let Cindy have a good pregnancy. Please let nothing go wrong. Please let us have this.” I would fall asleep, wake up and repeat the prayer in the morning. You might think I am exaggerating but I swear, I did this every night and every morning. Sometimes, I’d forget to pray specifically for the baby, Cindy or the pregnancy in general at night and I’d pray twice as hard in the morning.

After a few weeks, I decided to condense it. While lying in bed with Cindy in my arms, I would think of all my friends and family who had children recently and say, “Please God, let us be one of the lucky ones.” I say that to myself whenever I see families with children out in the world or I see photos of my friends’ kids on Facebook or Instagram. I’m not one for envying other people and/or their situations but, in this case, I’ll make an exception.

1. One of the first things a friend with children told me after I told we were expecting was, “Stay away from the Internet.” I wish I had talked to her sooner.