Home » Browse PostBourgie » Why Miles Morales May Not Be the Answer…Yet.

Why Miles Morales May Not Be the Answer…Yet. 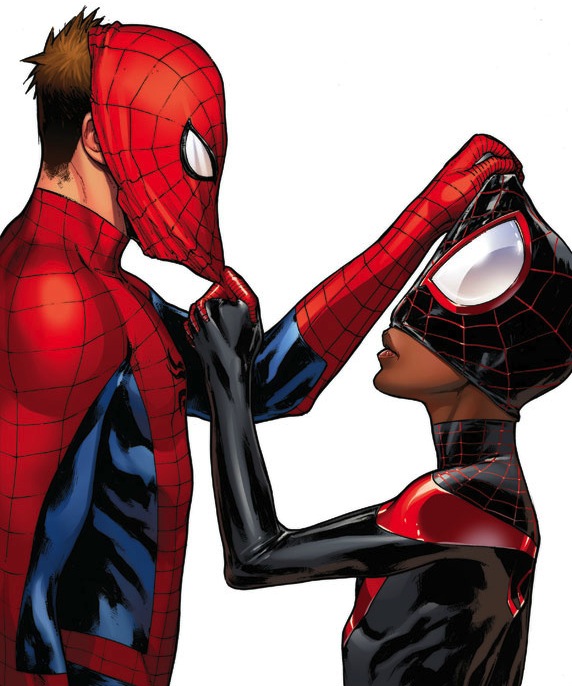 With the excitement of Sony agreeing to let Spider-Man join the Marvel Cinematic Universe (MCU), the call for Miles Morales to be in the next cinematic Spider-Man have returned with a fervor. I would love somehow someway Marvel and Sony decided that this would be the way to go.  I love Spider-Man and I love Peter Parker but that story has been told and retold on the big screen twice already. It feels weird to me that we’ve gone from “We’re never going to see Spider-Man done right on the big screen” to having third incarnation of Peter Parker in 13 years or so.

By going with Miles, they can have an origin story that feels somewhat fresh. Without having Uncle Ben tell Peter “with great power comes great responsibility” (or imply it…ugh), Miles learns this lesson on his own (or if they are so inclined from other people in Parker’s life like Aunt May or Mary Jane). Miles would be the youngest hero in the MCU by mile which would provide yet another new perspective on the Marvel Cinematic Universe.

The problem is Miles doesn’t have a nemesis. When Miles Morales was introduced, his only foil was his uncle (who turned out to be the Ultimate incarnation of The Prowler) who figured out he was Spider-Man and used it to help him fight The Scorpion. Then the book became mired in an Ultimate Comics crossover. Brian Michael Bendis (creator of Miles Morales and writer of every Ultimate Spider-Man issue he’s appeared in) spent more time with Peter Parker’s friends and family (Gwen Stacy, Mary Jane and May Parker all know who he is and have supported him) than establishing Miles’ world (he has abest friend and now a girlfriend). He’s been around since 2011 but it still feels like he’s just getting started.

If they bring him to the big screen, I guess he could fight some of the Parker’s old enemies (Green Goblin, Dr. Octopus, The Sandman) as he’s done in the book but it wouldn’t be the same. Every time Miles has confronted one of Parker’s old enemies, it usually went like this:

The only villain he has a real connection with is Norman Osborn (since it was an Oscorp Spider that gave him power) but do we want to go down the Osborn well again? 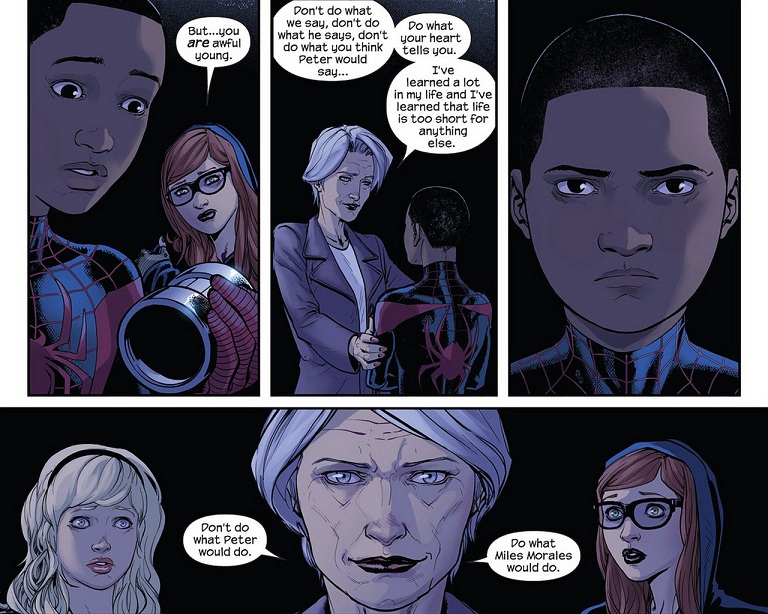 Maybe Marvel should give Parker one more film and then lead into Miles Morales just so they can establish how big the shoes are that he is seeking to fill. Currently there isn’t anything in his books to sustain more than one film and Marvel isn’t in the single film business (Unless you’re Ant-Man.  Sorry Paul Rudd). Marvel Films has already shown that they don’t need to draw specifically from the comics but this needs to be more than just Miles Morales in place of Peter Parker.

I would love if Miles Morales came to the big screen.  It would bring me one step closer to my dream of my son being Spider-Man for Halloween.

On a separate note, there probably won’t be time for Marvel and Sony to cast a Spider-Man so he can make a cameo in the post-credit teaser for Avengers: Age of Ultron.  What they could do, however, is have the movie acknowledge Spider-Man is a part of the MCU by cutting to the offices of The Daily Bugle and showing an indignant J.J. Jameson played by a Academy Award Nominated Actor J.K. Simmons (there have been rumors to that effect). Yes, it would be strange for the first J.J. Jameson to show up in the third version of Spider-Man but he was just so damn good I think fans would be willing to overlook it.