A World Without Black (TV) Drama 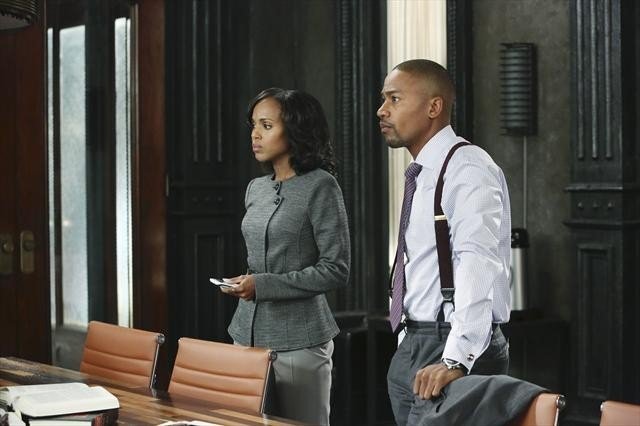 I was reading this piece on the 10 most promising network pilots and while I was excited to see some of these shows, I have to admit that I was slightly disappointed that we would go another year without seeing my television dream come true. I long for the day when a network will put on a drama with a cast made up mostly of African-Americans (Sorry, Netflix, Scandal is not an African-American drama so stop classifying it as such). Yes, there are Tyler Perry’s various comedies on TBS but I want more. I want a show like Breaking Bad or Sons of Anarchy. Is that too much to ask?

We all know why it won’t happen. Networks assume it would be a ratings disaster. They are trying to get the most amount of eyeballs as possible so having a show where the cast doesn’t reflect a majority of the population is probably a bad idea. I’m sure there is tons of marketing research that supports that view but I think it can be done. Sure, it would take a perfect storm but here’s that I think would need to happen.

It would have to be cable (AMC, FX, HBO, Showtime).

Aside from the fact that the best shows are on cable anyway, I don’t think this hypothetical show could garner the required ratings to stay on the air. Cable dramas attract the best talent behind and in front of the camera. If I had to choose a channel for my dream show, it would probably be FX. John Landgraf appeared on Grantland’s Hollywood Prospectus podcast and he sounds like the kind of exec who would give this show a chance. Also, the FX brand is strong enough that you would give anything they aired at least one show. (Worst case scenario: if the show had horrible ratings, we would at least get one full season.)

I would have said AMC but after The Killing, I approach all their new programming trepidatiously.

It would need to star at least one established movie actor/actress.

We need a respected actor or actress that will make people say, “Damn, if ____ is doing television, this must be good.” Obviously, this isn’t a foolproof system as many great actors have starred and appeared in many horrendous pilots. The biggest problem with this is there aren’t that many African-American actors/actresses that would make your casual television viewer say “Wow.” I don’t think Denzel Washington, Will Smith or Halle Berry is ready to give up being movie stars. I wonder what Eddie Murphy’s appearance is going to do for Shawn Ryan’s Beverly Hills Cop pilot. Speaking of Shawn Ryan…

It would need to be produced by someone with a proven track record in gritty cable dramas.

It makes me laugh when I see a trailer for a movie and the words “From the producers of..” pop up. It is a completely meaningless statement. However, in television, those words mean something. If this show had the backing of a Shawn Ryan (The Shield), Vince Gilligan (Breaking Bad) or Kurt Sutter (Sons of Anarchy), it’s going to guarantee a certain amount of viewership that might give it a chance to survive.

The first four episodes would have to be perfect.

Not all pilots are great but the shows manage to survive. Our show will probably not have that luxury. It needs to be firing on all cylinders from the beginning. It needs to great enough compel television writers like HitFix’s Alan Sepinwall, Time Magazine’s James Poniewozik or Huffington Post’s Maureen Ryan to recap this show on a weekly basis. When a great show struggles, the critics can be your most important cheerleaders. If our show is on the bubble towards the end of season one, critical acclaim is the best way to survive. Well, viewers would actually be the best way but we might need a back-up plan.

It would have to be about crime in one way or another.

This isn’t an African-American thing just a fact that most of the popular dramas on cable are about criminals (Breaking Bad, Sons of Anarchy) or the pursuit of them (Justified). The beloved HBO drama, The Wire, was about the institutional failings in Baltimore but if you ask your average fan, all they remember is Omar.

It needs to be marketed as a universal drama while still marked specifically to African-Americans.

A little under three years ago, NBC premiered Undercovers, a spy action/drama produced by J.J. Abrams, with two Black leads, Gugu Mbatha-Raw and Boris Kodjoe. Don’t get me wrong. It wasn’t a good show but I always thought NBC made a mistake by not having a marketing campaign aimed specifically at African-American viewers. It is a rarity to have two black leads on network television in prime time and NBC should have tried to take advantage of that.

I’ve been trying to find a way around this but it might be the only way to get our magical show greenlit. White viewers who make up a majority of the ratings need an entry point. The already cancelled Last Resort on ABC starred Andre Braugher but in a majority of posters and bus ads I saw around Los Angeles, the only cast member featured was Scott Speedman in a wet t-shirt. The established movie actor I mentioned might have to be white actor/actress with a lot of appeal and surround him with a solid minority cast. Dominic West wasn’t a star (actually he still isn’t) but I doubt The Wire gets made without him as the lead. As long as the show isn’t about this star saving African-Americans from themselves or their lot in life, I can live with it to make my dream come true.