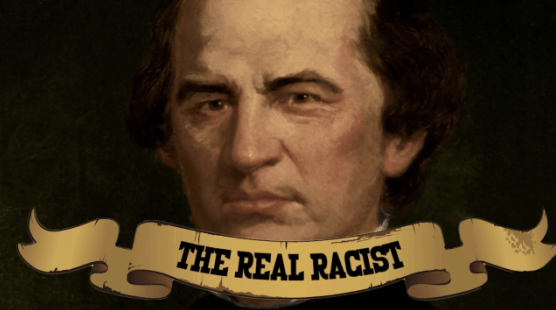 The legacies of Our Greatest Presidents™ as they pertained to black folks were in many ways, complete catastrophes. Washington was a wealthy planter and a son of Virginia  — and thus deeply invested in the institution of slavery (By the end of his life, he owned hundreds of human beings at his plantation at Mount Vernon.) Because Washington was the hero of the Revolutionary War, his support for slavery as president was of huge political consequence.

As Erica Armstrong Dunbar writes at the NYT today, Washington spent his latter years frantically hunting down Ona Judge, the fugitive who was once Martha Washington’s personal servant.

What prompted Judge’s decision to bolt was Martha Washington’s plan to give Judge away as a wedding gift to her granddaughter. Judge fled Philadelphia for Portsmouth, N.H., a city with 360 free black people, and virtually no slaves. Within a few months of her arrival, Judge married Jack Staines, a free black sailor, with whom she had three children. Judge and her offspring were vulnerable to slave catchers. They lived as free people, but legally belonged to Martha Washington.

Washington and his agents pursued Judge for three years, dispatching friends, officials and relatives to find and recapture her. Twelve weeks before his death, Washington was still actively pursuing her, but with the help of close allies, Judge managed to elude his slave-catching grasp.

George Washington died on Dec. 14, 1799. At the time of his death, 318 enslaved people lived at Mount Vernon and fewer than half of them belonged to the former president. Washington’s will called for the emancipation of his slaves following the death of his wife. He completed in death what he had been unwilling to do while living, an act made easier because he had no biological children expecting an inheritance. Martha Washington lived until 1802 and upon her death all of her human property went to her inheritors. She emancipated no one.

Washington wrote letters to powerful people urging them to have Judge returned to him — at one point, he dispatched his nephew to kidnap and forcibly return her (and her baby) to Mount Vernon. (Under the Constitution, Judge’s free-born children still legally belonged to the Washingtons.)

Meanwhile, over at Slate, Jamelle produced a video about Lincoln’s single worst decision as a president — naming the virulently racist Andrew Johnson to the ticket as his running mate in 1864.(I’d embed Jam’s vid here here, but Brightcove be on some bullshit.)  After Lincoln’s assassination, Johnson quickly laid the framework for the racial caste system that would be codified into Jim Crow laws and dominate black American life for the next 100 years.