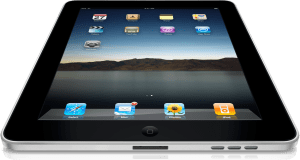 Is anyone else getting more and more disturbed by Apple?

The Nieman Journalism Lab’s Laura McGann has a disturbing report that ought to perk up every news organization that sees Apple’s iPad as part of its future.

McGann talked to Mark Fiore, who won a Pulitzer this week for his trenchant editorial cartoons. Apple has denied his iPhone (and thus iPad) application because in the mega-corporation’s own words, “it contains content that ridicules public figures” and violates its license, which says (emphasis mine):

Applications may be rejected if they contain content or materials of any kind (text, graphics, images, photographs, sounds, etc.) that in Apple’s reasonable judgement may be found objectionable, for example, materials that may be considered obscene, pornographic, or defamatory.”

“Ridicules public figures” is pretty much top of the job description for editorial cartoonists, who have been a critical part of our free press for a couple of centuries longer than investigative reporters have.

Granted, a big part of the problem here lies less with Apple’s ethos, itself. After all, it’s a huge corporation concerned with a bottom line. The problem is that the press, instead of standing up to the company, continues to salivate over its products, and that many in the industry are hoping the iPad will fuel a new, workable business model for journalism. The other part of the problem is the fact that Apple continues to create products that work really, really well. But I think there’s still plenty to criticize, both about the iPad, specifically, and the brand’s fondness for keeping consumers from going under the hood.