Home » Browse PostBourgie » Coming Out of the (Cannabis) Closet.

Coming Out of the (Cannabis) Closet. 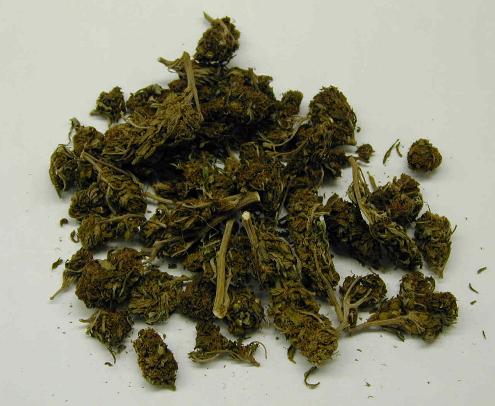 Will Wilkinson has penned a particularly thought-provoking essay about marijuana:

If we’re to begin to roll back our stupid and deadly drug war, the stigma of responsible drug use has got to end, and marijuana is the best place to start. The super-savvy Barack Obama managed to turn a buck by coming out of the cannabis(and cocaine) closet in a bestselling memoir. That’s progress. But his admission came with the politicians’ caveat of regret. We’ll make real progress when solid, upstanding folk come out of the cannabis closet, heads held high. So here we go. My name is Will Wilkinson. I smoke marijuana, and I like it.

I’m not sure how much anyone cares, but my name is blackink (riiiight), I dabbled occasionally during college and in the few years after graduation, and I enjoyed almost every single pull. And I can vouch (not publicly, of course) for the use of dozens of others, none of whom bear a resemblance to Cheech or Chong or any character in Half Baked. We’re talking about a pretty diverse group of people: lawyers, journalists, teachers, nurses, cops, grad students, mothers, fathers, etc.

I stopped mainly because it wasn’t a big deal, and I didn’t feel like going through hoops to get a dime bag. The high simply wasn’t worth the risk.

But even today, I can’t come up with a compelling reason for the criminalization of marijuana. And no, that’s not because of the chronic.

Though President Obama did once call the War on Drugs “an utter failure” and has previously lobbied for the decriminalization of marijuana, he doesn’t seem all that serious about a radical rethinking of our national drug policy. Which is more than a little disappointing. The “war” is not a damn joke for the thousands who have become its victims, a disproportionate number of those whom happen to be black men.

But if Nate Silver is to be believed – and after all he’s done for us, why wouldn’t we? – the push for legalization could be gaining momentum with each successive generation. At some point, the pols will have to answer to the polls.

And laughing it off will no longer be enough.