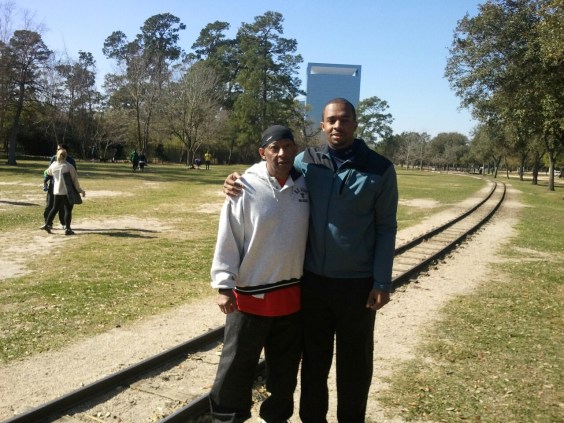 It took me a long time to realize that my father wasn’t a bad man, just a bad husband for my mother. That’s what happens when you’re a mama’s boy and your mother not-so-subtly drills that into your impressionable mind.

I internalized her pain and grief over their troubled marriage and made them my own.

As a result, my father and I spent a good many years alternating between uneasy peace and power struggle. I would begrudgingly obey his orders. I was openly contemptuous when he tried to impart lessons about morality or righteousness. I rarely, if ever, confided in him or trusted his judgment.

I was an ungrateful asshole.

In my rush to defend my mother, I never considered his sacrifices or grief or even his insufficiency for the nuclear family lifestyle. As he often told me, “he grew up without a father” as one of eight children in Hot Springs, Ark. His mother (my grandmother) died of a stroke when he was 17, he got married to a girl – not my mother – that he’d gotten pregnant the next year and then he was soon off to Vietnam.

He grew up fast and missed out on a lot. I had all of the security and luxuries that he never had, in part because of his promise to be the father that my grandfather never was. But I didn’t realize this until much later.

And once he was made to leave our family home, I decided that I had to show him I was ready to assume the role of man of the house.

Problem was I was ill-equipped to be any sort of a man let alone a man of the house. I didn’t even know how to remove the lint filter from the dryer.

By the time I had moved on to college, I fooled myself into believing I didn’t really need a father figure anymore. I was tired of hearing his incessant reminders to check the car’s tire pressure, schedule dentist appointments, and try whatever vitamins that he was taking himself. I thought I needed him to transition into more of a friend than a father.

This all flipped for me when I lost my first job. I had never worked for another company. So much of my identity was wrapped up in my profession, and it was all I had ever wanted to do. I contemplated life without meaning. I even contemplated not having a life.

What I remember most about walking out of that office in northwest Houston for the last time in July 2005 was seeing my father waiting on me at the foot of the steps. I had tried to hold it together, to be a stoic, to not let people see the pain that was welling inside of me. Then my father opened his arms, I fell into them and basically lost my shit in front of dozens of people.

This was the same man who taught me how to properly tie a tie. How to shave. To carry the football in the arm closest to the sideline. To let a police officer know where your hands are at all times. To properly make up a bed – hospital corners and all.

He suffered my childish resistance and never wavered, which couldn’t have been easy.

Today, it’s my turn to humble myself. I’m still learning from him.

He might not have been the best husband. But he was the best father.