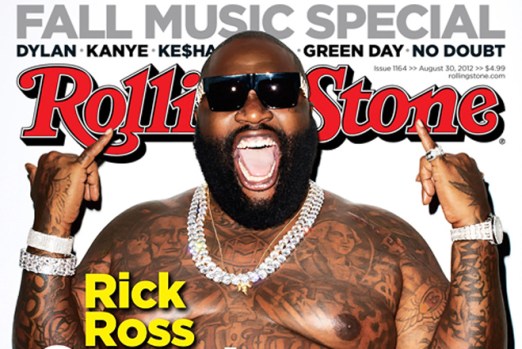 Quite a start to the week: Ladies Love Cool James, Rozay and Fat Joe.  Sincere didn’t go to #thecountryofAfrica for us to suffer through Mondays like that one.

But Julianne Hing at ColorLines points out that Justice Ginsburg’s dissent could provide a roadmap for the University of Texas to follow as it presumably defends its race-conscious admissions program.

Friend of the Blog, Jelani Cobb, recounts the opening day of the George Zimmerman murder trial over at The New Yorker. “The day was defined by a cluster of f-bombs, a contention that Martin used a sidewalk as a weapon, a heavy-lidded defendant, and a knock-knock joke.”

Over at Beyond Baby Mamas, Stacia considers the pain of mothers who lose their children “in the most unexpected ways.”

Gene, our main man, made it big this weekend with this post at NPR’s CodeSwitch that pinned down some working definitions of “bros.” “But we ultimately concluded that at the chewy nougat-y core of bro-dom lay the eminently quotable Olympic swimmer Ryan Lochte.”

It’s hard out here for an HBCU. Tighter loan regulations mean fewer parents of kids at black colleges have ways to cover the cost of tuition, putting students and institutions in a bind. (Gene)

The Obama Administration has pursued an unprecedented government-wide crackdown on the unauthorized releases of information, not just classified material.

In Texas, the sponsor of a new anti-abortion bill thinks rape kits are contraceptives and no this story isn’t from The Onion.

An attorney for Paula Deen has argued that her former employee has no standing to pursue race-based claims because she is white. “Jackson cannot enforce someone else’s right, and she has no actionable claim for feeling ‘uncomfortable’ around discriminatory conduct directed at others.”

Two more Deen-related links: “You ought to be ashamed of yourselves! First you sell out to the Chinese and now you are dropping a true American figure, Paula Deen.”

and “ask the black cooks you have on your food network if they ever used the n word.” Annnnnd, Chef G. Garvin?

The New York Times discovers the existence of Molly. Trinidad James is probably responsible for this somehow.

Author Katie Roiphe examines attitudes toward single motherhood and multiple-father families for The Guardian, albeit from a space of considerable privilege.

Wale against the World. “How different would his life be if he didn’t have the ability to know what millions thought of him at any given instant? He doesn’t hesitate: ‘I think I’d be one of the most successful rappers alive.'” (Terryn)

Amy Winehouse’s brother Alex opens up about his troubled late sister to mark the opening of a new exhibit at London’s Jewish Museum entitled “Amy Winehouse: a Family Portrait.” “All she wanted to be was a singer and have a good career and that was it really. It [the attention] was slightly out of whack with what she was.”

The Awl nabbed an interview with Ken Hoinsky, hopeful author of the seduction guide Above The Game: A Guide To Getting Awesome With Women that drew Kickstarter into something of a controversy.

An oral history of the NBA Draft that produced LeBron, Carmelo, D-Wade and … Darko.