Kanye West Is Maybe A Wretched Human Being, And That’s Okay. 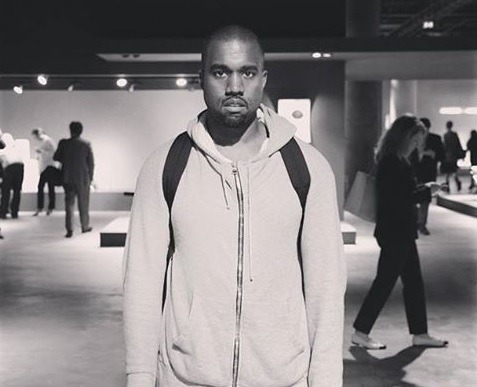 I love Kanye West, if for all reasons apart from the fact that dude clearly loves himself. No need to mince accolades: Kanye is a mad genius. Emphasis on mad. Emphasis on genius. His music is often cruel, challenging, innovative, and unquestionably dope. Whether Kanye West is a good person isn’t much my concern in most moments of jamming.

Yet via BuzzFeed, Heben Nigatu publishes in defense of Kanye’s notorious “vanity,” which she regards as “black pride” and “a deeply political articulation of what it means to love yourself.” Arguing that:

If you chalk up [Kanye’s] “we don’t care what people say” attitude to simply his ego, then you have missed the point entirely. This isn’t about ego; this is about boldly asserting yourself in a world that is not meant for you. This is a vanity that is rooted in bringing the community up with you.

Not to be daft, but does anyone truly believe this about Kanye West? Anyone who’s listened to a Kanye track that’s been released in the past four years? Anyone who listened to, e.g., dude’s two verses on ‘That’s My Bitch’ — “I paid for them titties, get your own!” — and nodded along, thinking: This is the vanity of a man who’s foremost rooted in bringing the community up with him.

To my mind, it’s a wishful assertion, which Nigatu thinly tethers to a single track that Kanye laid in 2004, ‘We Don’t Care’. It’s a dope track from a vastly dope album! An album that’s much unlike any of the verses that Kanye has pressed since, say, 2007. That said, I think conflating ‘We Don’t Care’ and ‘I Am a God’ is a perplexing elucidation.

By the cruel odds of white cultural standards, we’re meant to understand Kanye’s raucously abiding confidence as a radical challenge, rather than as braggadocio typical of artists at rarefied heights of glory. To me, Kanye’s instantly infamous interview with The New York Times is at once a wonderful exhibition of genius deigning to overshare, and a grim illustration that such vanity isn’t any sort of love so much as it’s a function of multivariable loneliness. A peerless funk.

Setting aside whether ego mutilation is the inevitable course of modern celebrity, I ask, is egomania now an honorable affliction? Does Nigatu really mean that we should encourage our kids to mimic Kanye West in their likely mortal courses of life? That is, to act out and to regard humility with haughty contempt?

To the ire of some who are so wrapped up in the anxiety of respectability, the message he gives the kids (in front of all these white folks who are listening to his music!) is not to be modest but to unapologetically laugh in the face of a world that does not care about them.

In any case, I think it’s a maniacal definition of confidence or self-love or vanity (or whatever). Though as a matter of black power, I think Nigatu’s underlying assertion holds, if not to the anti-social extreme that her piece reveres. As a black artist in a white landscape, proclaiming your own dopeness is an instinct toward thriving, both in drafting creative power and in endeavoring cultural penetration. Toward this point, HBO music supervisor Scott Vener recently offered a utero glimpse of the artist who’d one day become the brashest actor in U.S. pop culture. Recounting a small venue debut of Kanye the Dropout, back in January ’04:

DJ AM was spinning, the place was having a great time. Dame had AM cut his set in middle so Kanye could perform. But no one knew who Kanye was then. His 1st album wasn’t coming out until Feb. … Ye got up on stage in a room that had two floors. Balcony overlooking stage. Not the best environment for music performance. He started to perform. People weren’t paying attention. He could feel it. They were talking. He was frustrated. About 3/4 of the way into the song. He stopped. “Everyone that is not listening is gonna be mad u had the opportunity to see me perform for the first time.”

But it still didn’t silence the crowd. Chatter continued. He jumped off stage. Ran to the top of balcony and screamed at the top of his lungs. Demanded to be heard. To be honest he COMMANDED to be heard. Similar to his recent rants. I couldn’t believe this kid had the balls. The conviction in himself to turn these people and HE DID.

That’s admirable! That’s gusto! That’s an artist taking to their stage and commanding an audience to attention. That’s confidence rather in contrast with, say, a grown man snatching Taylor Swift’s mic to spit a dissent. That stage was hers.

In fact, Nigatu’s defense is astray of late criticism of Kanye West. No one loathes Kanye for his unabiding self-love. No one hates Kanye the Dropout. Since 2009, what’s soured many onlookers to Kanye’s music and persona is that his self-love, so-called, is increasingly contingent on contempt for women, derision of inferiors, obsession with his own influence, hapless strafing, and clamoring for attention that he then claims to resent. None of these qualities (I hope) are requisite to loving one’s self, even under the cruelest scrutiny of others.

After all, there’s a meaningful difference between self-love and vanity, a distinction that’s maybe lost on Kanye, and that’s certainly lost in Nigatu’s ode to Kanye’s post-Grad persona. There’s self-love that’s perhaps rooted in bringing the community up with you, and then there’s vanity laced with cocaine. Please let’s not confuse the two. ‘My Beautiful Dark Twisted Fantasy’, ‘Watch the Throne’, ‘Yeezus’–these are three compelling, comprehensive demonstrations that sometimes our idols aren’t heroes, they’re just fascinating assholes. We can love em or hate em, but we don’t need to rationalize em.