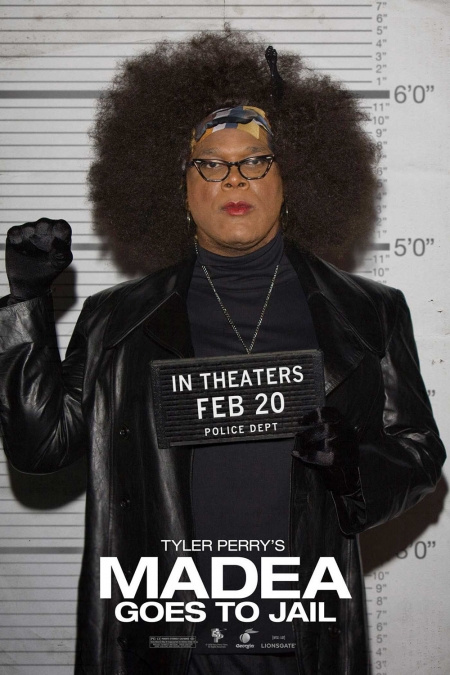 Entertainment Weekly recently ran an article about Tyler Perry and “black america’s secret culture war”. I’m not sure what they’re talking about and I tend to think I’m black. but apparently, there’s a culture war in progress right under our noses, and it’s all due to mr. multi-millionaire Tyler Perry: the playwright, author, filmmaker, and actor who has created a franchise around his name and is also responsible for opening the first black-owned studio in the U.S. in October of last year. It’s worth mentioning that he also owns it all, from the movies and video library (he’s sold 25 million DVDs of his plays) to his TV shows.

There’s been a lot of talk about whether Perry is “bad” or “good” for black folks. Author Donald Bogle thinks Perry’s most famous character, Madea, is “mammy-like,” and that “If a white director put out this product, the black audience would be appalled.” Bogle doesn’t think Perry’s claim that Madea is based on an actual woman he’s known excuses the fact that she resembles a racist archetype invented by white men and forced onto black women in media. Professor at USC, Todd Boyd, also isn’t pleased with Perry’s films. According to him, ”All of [Perry’s] productions demonize educated, successful African-Americans,” and he “is simply reflecting the thinking of a lot of uneducated, working-class African-Americans.”

Ouch. Then there’s Perry himself, who says that the stories have come out of his own pain and everything he’s been through, perhaps including living out of his car for a few months in Atlanta before his plays got picked up in theatres. To him, the characters are “simply tools to make people laugh”.

As someone who actually found parts of Madea’s Family Reunion funny (call me lower-class if you will), I’m not mad at Tyler Perry. His films, which are in some ways modern morality plays, speak to a largely black demographic — people who can relate for various reasons, whether they are southern, church-going, have a dream of social mobility, like seeing black folks on TV, or whatever. I can admit that I absolutely suffered through Why Did I Get Married, but just because I thought it sucked doesn’t mean it’s not a story worthy of being told.

It seems like black people get very picky about the representations of blackness that get put on screen. And this is understandable considering the long history of racist depictions by white media. But we cannot only advocate for portrayals that we like. And by we, I mean the middle to upper class, extra educated, bourgie and/or afrocentric negroes who think that a country-ass grandmother on TV who suggests throwing hot grits to resolve romantic conflict is holding back the race.

Are we only content with the token black character in Hollywood productions, or with images that we consider “positive”? 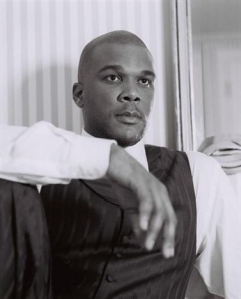 It is common for people in the Tyler Perry debate (especially white people) to wonder why — in the age of Barack Obama — we still have films with mostly black people in them? That is, films that draw on a southern black culture and a sense of humor that many white people – frankly – just don’t get. The general narrative starts: “At a time when Barack Obama is presenting the world with a bold new image of black America…” and ends with something about Perry’s films having “junkie prostitute[s]” in them. As a blogger for the LA Times puts it: “Even after America has elected a black president, it remains a country that is–especially when it comes to TV and movies–culturally divided.” Is this true? “Divided” or “different”? Because some of us voted for the individual Barack Obama, are we suddenly expected to share the same values, culture, sense of humor?

And why don’t we talk about the election of Obama and white Hollywood? “Mainstream” film has been construed as catering to the majority of Americans although, since the 1920s, it has told a very specific middle-class, suburban, white, hetero-normative story. “Mainstream” films can be considered to have a “submerged racial presence,” in that they do not thematize race per se, but they do engage humor, stories, and culture that draw on a particularly raced experience (Dig Unthinking Eurocentrism by Shohat and Stam). When we go see a mainstream Hollywood movie where the cast is ninety-five percent white, rarely (if ever) are questions posed about the necessity of such films in a “post-racial” society. But because TP tells stories that happen to revolve around black characters, his products are labeled “specializied,” racialized, and obsolete. This is because the white American public is not familiar with black spaces in the way that everyone is familiar with white spaces. And it’s not because black space is any more private, but because mass media has been exposing everyone to the ins and outs of white life for decades so that we are all accustomed to a certain humor that draws on a widespread understanding of white culture.

The arbitrary connections between Barack Obama and Tyler Perry imply false notions of post-race as well as exaggeratedly raced readings of Perry’s films. Obama is painted as the face of our “post-racial society,” and Tyler Perry as a vestige of “race movies” – black productions created by black people in the early 20th century that presented alternative narratives to those of the exclusively white film industry. It’s like Obama is what we like about black people, and the TP is what we don’t. But why can’t the two exist together, as dialogical components of a larger recognition of difference? Why can’t they both present images of blackness that we can watch and accept, without necessarily ingesting as absolute truth.

I’m a fan of diverse (and preferably complex) representations. They don’t have to be reflective or realistic, as long as everything is not The Cosby Show and everything is not Shaft. Perhaps people are up in arms because in the gaping absence of national minority representation in media, Perry has the authority of being the foremost employer of black actors/actresses and the most widely watched storyteller amongst black audiences. But that is an issue of lack of representation and shouldn’t be addressed by attempting to narrow down the few existing representations into an image we prefer. Regardless of how artistically or politically progressive Tyler Perry’s films may seem, he is pulling in record-making numbers at the box office which means he is reaching sizable audiences on a consistent basis. And because these audiences are predominantly black and latino, white critics have been drastically off the marks with their predictions, and are having to cope with a loyal audience that was previously rendered invisible. But this is an important audience, TP is an important filmmaker, and to dismiss him would be to dismiss the spectatorship of a bunch of people who — to the dismay of many film and culture critics — are basically dictating what’s popular right now in Hollywood.