There’s so much I wanna say about this, but I’m not sure I’m capable of anything approaching coherence right now. And besides, nothing I would say would do justice to the feeling of standing around with hundreds of Philadelphians high-fiving each other and yelling at the top of their lungs.  The whole town is finna be hoarse tomorrow. 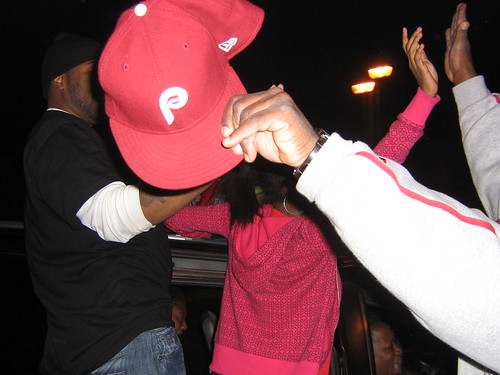 High-fiving at a glorious red light.

“PHILLIES!!!!” a bunch of people would yell.

“YEAAAAAAAAAAAAAAAAAH!” hundreds of people would yell back. It’s like a holiday spontaneously broke out. 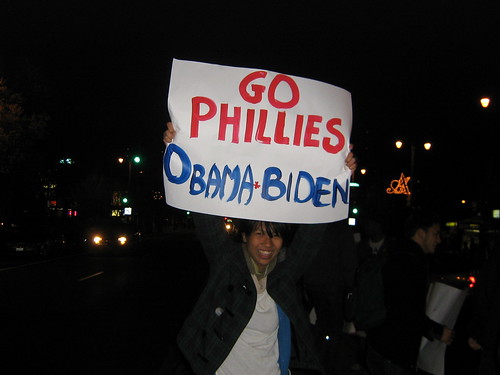 A bunch of Obama volunteers standing in the median.

“OBAMA!!!” someone would yell.

“WOOOOOOOOOO!” the throngs would respond, if they didn’t break out into a chant. 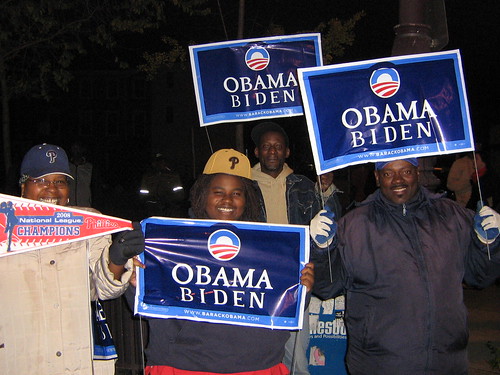 Horns honked. Fireworks went off. Strangers danced with each other in the clogged intersections. It’s currently 1:30 in the morning, and people are out in full force. 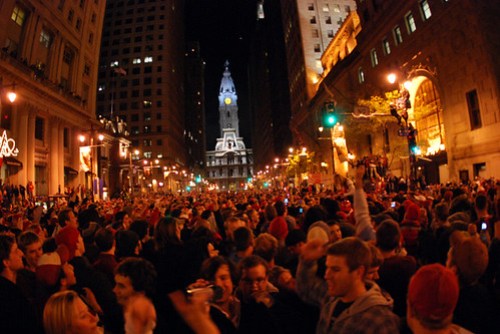 Downtown. [this pic via travisantiravis]