Home » Browse PostBourgie » The Arc Of The Moral Universe Is Long, So Bend That Thang Over And Shake It Down To The Floor.

The Arc Of The Moral Universe Is Long, So Bend That Thang Over And Shake It Down To The Floor.

Martin Luther the Kang would have been 85 today —  his Chad Johnson year, if you will. For some people  (apparently a whole grip of some people) this turns their thoughts to listening to Future and drinking Ciroc. 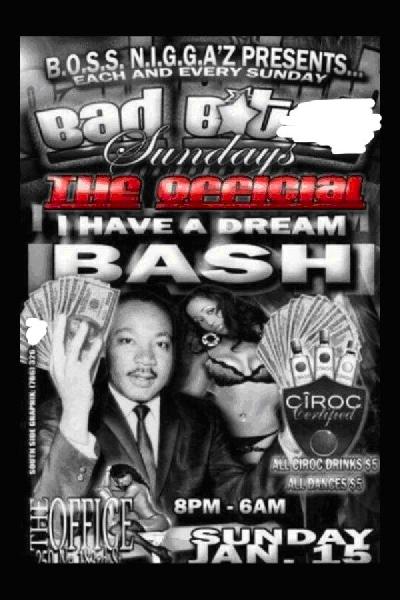 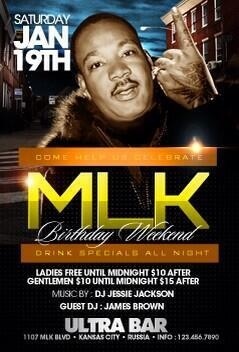 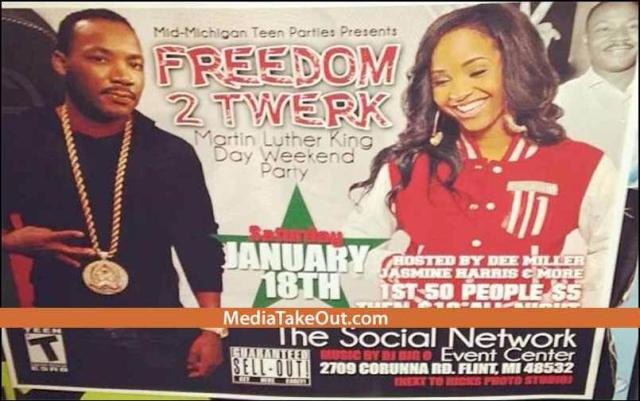 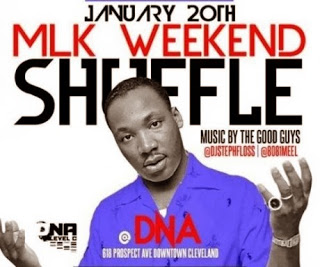 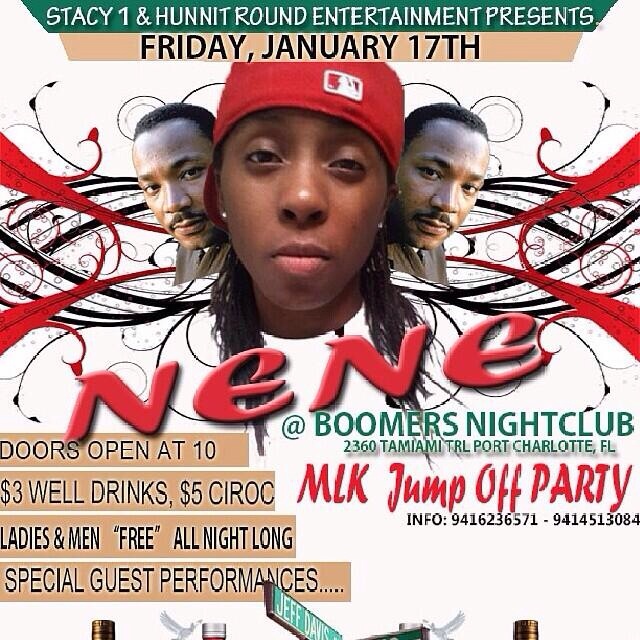 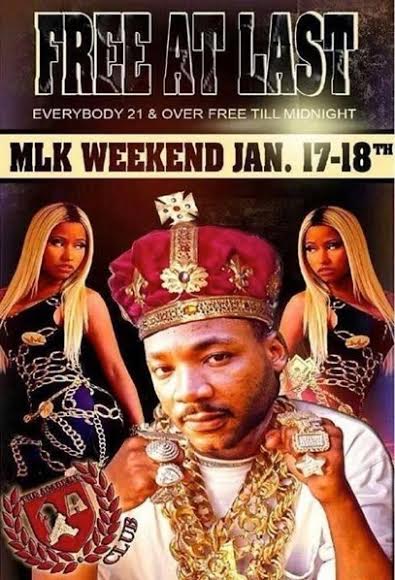 These are awesome . These are WTF.

The King family is outraged about these flyers, which isn’t too surprising since outrage around the supposed appropriation of King’s image is kinda their default setting. But the King family has been a major reason MLK has become a pitchman. They keep a hammer-lock on the “I Have a Dream” speech — news organizations that wanted to air it during the 50th anniversary festivities last summer had to pay them thousands of dollars to license it — and they’ve gone after people who hawk those t-shirts with the crappy Obama-King-Trayvon photoshop jobs.

“Some of this is probably putting food on people’s plates. We’re not trying to stop anybody from legitimately supporting themselves,” said [Isaac Newton Farris Jr., a King nephew and the head of the nonprofit King Center in Atlanta. “But we cannot allow our brand to be abused.”

(It apparently wasn’t abuse when they licensed his image out to those social justice types at  Mercedes, who used it to hawk a $175,000 luxury car, though.)

These flyers might be tacky, but they’re not novel and they were probably inevitable. King has become a  thoroughly dehumanized icon, a secular saint invoked to underline the righteousness of any cause –  twerking,  opposition to affirmative action, Big Macs.  That King is now a kind of bland, edgeless symbol of “goodness”  to be appropriated is, to a significant degree, the King family’s doing. This is what they pushed for.  He has an enormous statue near the National Mall. He has a federal holiday. But just like Memorial Day is when you have your big cookout and President’s Day is a great time to get a good deal on that new Toyota, this is how it goes. This is the trajectory of remembrance in America.