When Afrocentric Art Goes Wrong: Merchandising the March on Washington.

Last Saturday I left my home in bumblef*ck Virginia to participate in the March on Washington Anniversary festivities in DC. I didn’t really know what to expect, outside of there being lots and lots of my people out in the streets, marching for justice and jobs and other important social issues. And while I knew there would be vendors out selling commemorative tchotchkes, I didn’t expect what I saw down on the Mall – a cornucopia of Whittey Hutton-esque memorabilia that was both baffling and hilarious and something I knew my Granny would buy in a heartbeat. Most of the stuff sought to artistically connect the social justice past of African American history with pressing current events. Was it successful? I’ll let you be the judge. 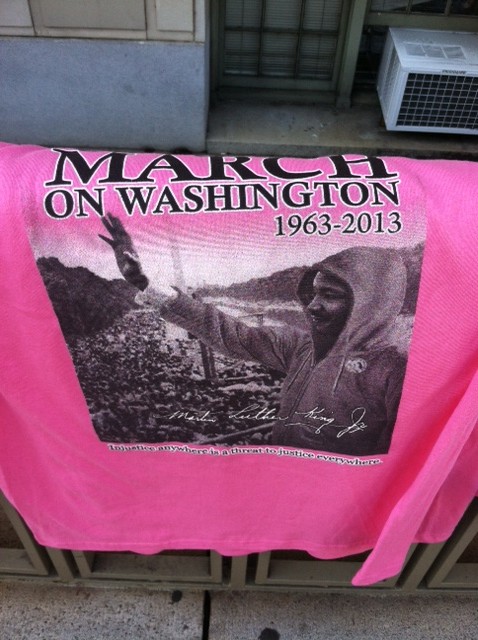 This is a Photoshop gem…Martin, at the original March on Washington, conveniently wearing a hoodie. In the middle of August In DC. Oh, ok. I get the desire to tie Dr. King to pertinent social issues of the day, but c’mon yo. 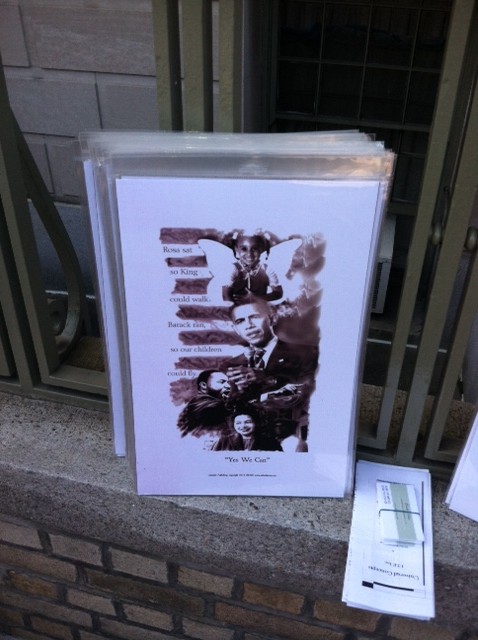 The copy on this reads: Rosa sat so Martin could walk; Barack ran so our children could fly. So sweet. Did you catch diabeetus yet? 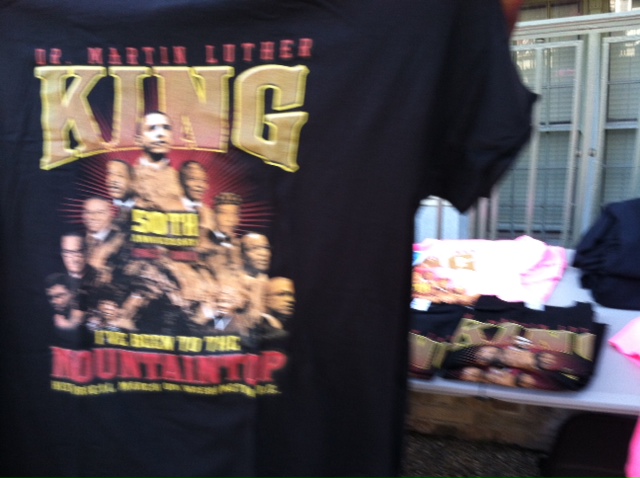 Yo. Why is this a head mountain?  Creeeeeepyyyyyyy. 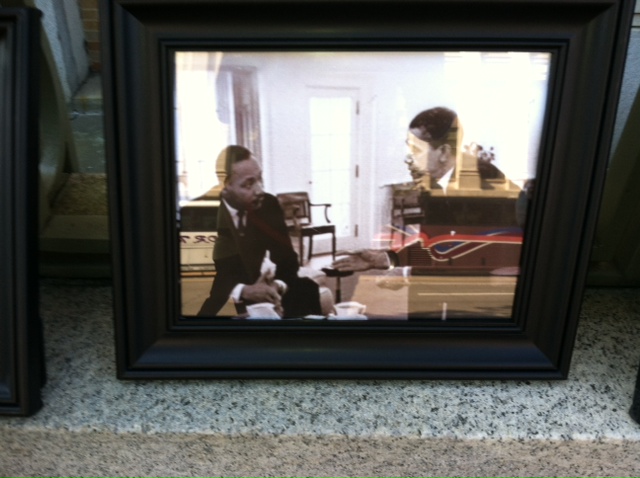 “Did you hear Kendrick’s Control verse?” 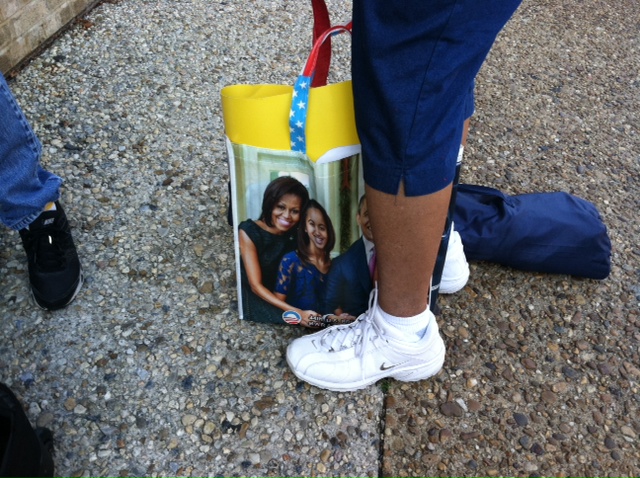 A bag made from the Obama family portrait every black government worker has in their cubicle. 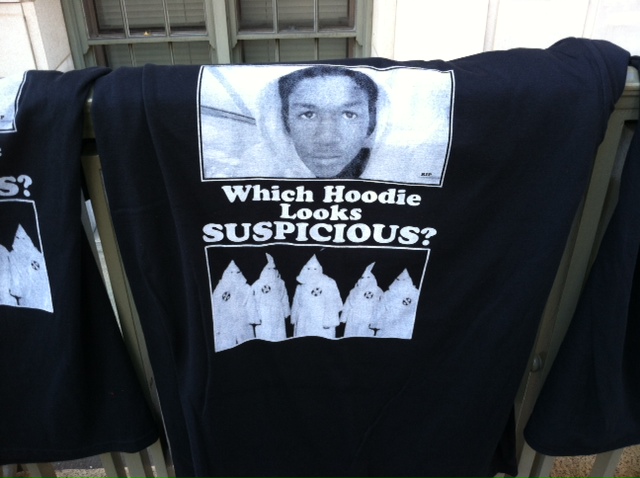 Actually, this t-shirt is pretty dope. 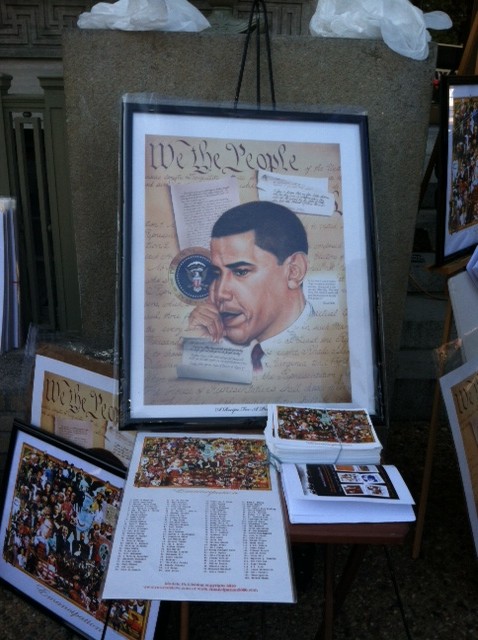 We The People…wanna know why his chin is so long.

Some of this merchandise was slightly irregular, like the facial proportions on this weird Barack Obama/Declaration of Independence mashup. 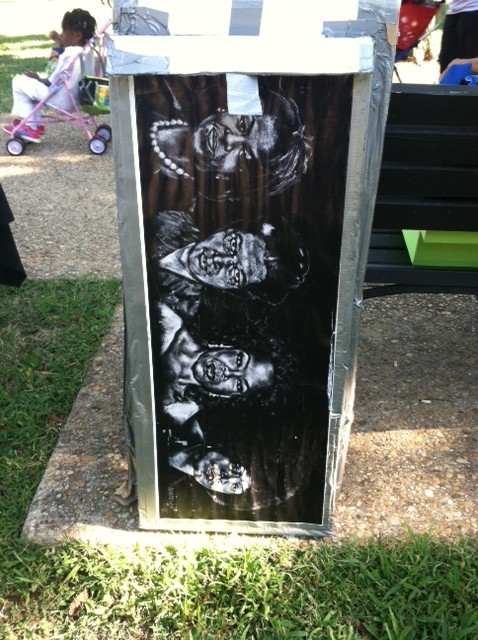 The struggle is serious business, but WHY ARE THEY ALL SCOWLING?!?! Also, don’t stone me for this, but why is Oprah included in this painting? I know she got money, but…? 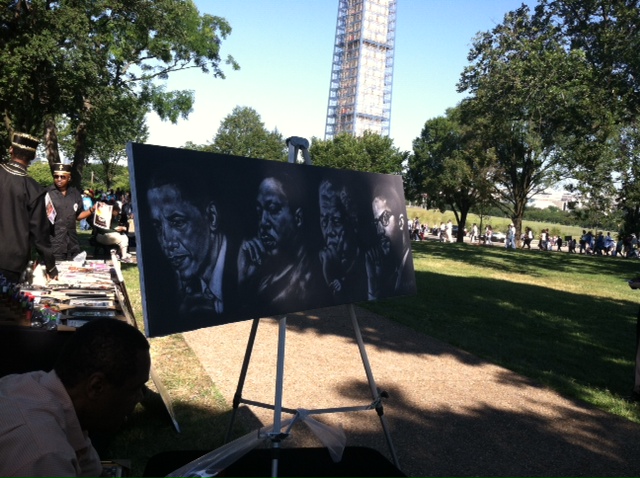 The March Anniversary hustle was no joke. I was *almost* convinced to buy a t-shirt, just to wear around the house. Did you see any other cool stuff at the Wednesday march? Did you buy any? Share!