Empire is doing almost inconceivably crazy numbers each week, and it’s become the kind of watercooler show that isn’t supposed to exist any more.  We know we’re jumping into the recap game late on this, but this show is undeniable. Terryn and Ang will be doing the Thursday-morning quarterbacking for the rest of the season. — G.D.

This week’s episode of Empire (Lyon’s Roar) is the first that I’ve watched live and it’s giving me the same rush I had back when Scandal first came out — action packed, full of mess and amazing clothes, and of course, a badass black woman as the center of the show. My only concern is how long Empire can keep the momentum going. To date there’s been a drive by shooting, the murder of Cookie’s cousin and Lucious’ right hand man Bunk, the comeback and fall of Courtney Love, a secret baby fathered by the gay son, and an ALS diagnosis. How much more can this show twist and turn? (My hope is: a lot.)

This week, Business Son (Andre) hatches a harebrained scheme to get money or something for the Empire, which somehow includes an swingers-style rendezvous with some Woman Who Is Important and her husband. (Poor Andre! Always one step behind!) It’d be nice to learn more about his story/his wife’s story but, you know, time constraints. 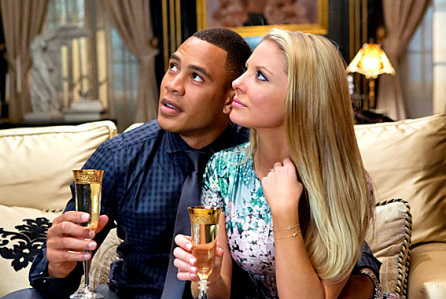 Anyway, Business Son’s Wife is down for the orgy because she’s freaky and power hungry, but is stopped in her tracks by Important Woman’s husband, who is wheelchair-bound and looks like Benjamin Franklin. (Ben Franklin made it clear that he had that Hoveround Lovin’ too, which made her sick to her stomach.) Back in the car, Business Son’s Wife goes on a rant about how he never comes up with his own ideas, and it got me to thinking — none of the men on Empire are really that bright or interesting (except for Jamaal), and they rely on the women in their lives to come up with the ideas and execute the work.

Meanwhile, Cookie and Lucious are electric together —  the scenes of Cookie and Lucious post-hookup seemed more natural than any interaction I’ve ever seen between Lucious and Boo Boo Kitty. But I wonder if this dynamic can stand up for more than a few seasons; we’ve already seen how tired that’s become with Olivia Pope and Fitz on Scandal. (Sidebar: why is Boo Boo Kitty so — blah?)

Can we talk about these outfits? I want e-v-e-r-y-t-h-i-n-g Taraji wears on this show. Her makeup, shoes, and dresses are all AMAZING. My only quibble with this week’s wardrobe choices is that all the men wore some type of bammafied jacket to the white party. Why did Lucious and Jamaal look like megachurch pastors? And Hakeem donned a shiny ass suit jacket gifted by his cougar. The country-ness of it all was just too much for my spirit.

Lucious’ decision to cancel the Legacy album [Cookie’s plot to project the Lyon family into even greater musical acclaim before Lucious dies] because Jamal came out was so unnecessary. We get it. You don’t like gay dudes, but can we have a little more context? Why is Lucious such a fucking hater?

Looking at the previews for next week’s show it seems like they’ve got every musician who wants some of that Empire luster to be on the show. I knew it was gonna be that way when they had Gladys Knight singing at Bunk’s funeral. (Seriously, was his character that important or connected to have Gladys sing over his dead body?) They’ve got Estelle, Aunt Patti and Snoop Lion slated too, so I’m pretty sure more A-listers will start to trying to get on the show as it becomes more popular. My wish list for special musical guests: Sean Paul, Drake, Nicki Minaj, or Lauryn Hill.

There was so much to love/question in this week’s episode. I appreciated that they pulled back from most of the action-fueled drama (like studio shootings, and Cookie bursting into boardrooms) in favor of focusing on more interpersonal conflicts. The Legacy Album recording was a great way to get everybody in a room together without the stakes being too high.

This was an episode where nobody gets quite what they wanted by the end, except for Hakeem, who somehow matures a decade overnight and is very Zen all of a sudden. I’m glad he and Cookie address some of his mommy issues. I am overjoyed that Hakeem and Camilla aren’t going to do the sexy-mommy role play thing anymore. It was too on-the-nose and cringey. I can’t quite figure out Camilla’s angle (is she just down for the money? How would she expect to get the money, marriage?), but her wigs are improving each week and I hope she stays around. I am also glad that Hakeem points out Cookie’s fondness for walking into rooms uninvited. It had to be said. 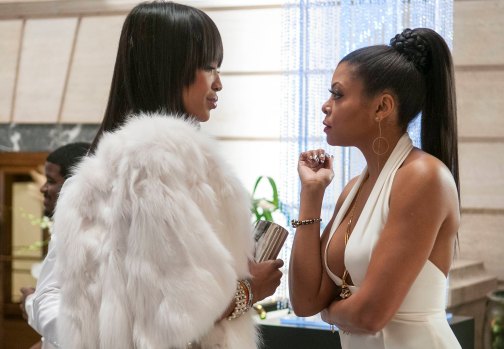 The moment I saw British (?) Bae [I thought he was Australian…I call him Digiri-boo. -Terryn] I knew he was going to help bring Jamal to self-empowerment. I had no idea he’d get it done within the space of one show. That’s one thing that interests me about the writing on Empire: they set up these long and short lines of dramatic tension, and just when I’ve accepted that a certain storyline will take the entire season to be resolved, they cut it short, and pivot in another direction. Of course, Jamal coming out doesn’t end that storyline, but the focus shifts away from a public reveal back to Lucious’s stubborn homophobia. I also want to know what the deal with that is. I don’t think I can bear to see the Jamal-in-the-trashcan flashback any more. Part of me wants a solid psychological explanation for Lucious’s hate, but the other part of me doesn’t, because really, sometimes folks are just hateful.

You really want everything Cookie wears, Terryn? Even the colored furs? I guess they do look soft. I thought it funny that in the scene when Boo Boo Kitty goes to deal with Lucious’s rival she’s wearing a Cookie-approved outfit (bodycon dress and fluffy fur). I’ve also noticed that Jamal and Lucious have sartorial similarities. They both wear those Kirk Franklin cast-off jackets at the white party, and they both appreciate a long, luxurious scarf. Maybe their style proclivities will bring them to a place of understanding in the end. Side note: Black people look so great in all white. White parties forever. 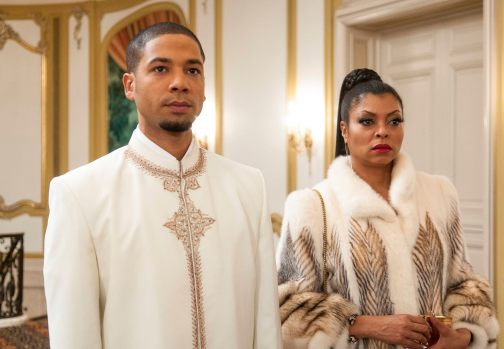 When are they having a paternity test for the child that Raven left? I’m confused as to why there’s been no mention of a test. Imagine the upset if/when they find out that adorable child is not actually Jamal’s.

It would be so dope to have Ms. Lauryn on the show. Sean Paul would be cool too, although if Lucious spits some fake patois on a track I might have to quit watching altogether.

As strong as Cookie seems she is completely vulnerable with her feelings for Lucious. She’s just ready and open for whatever affection he wants to toss her way. I think this adds a layer of depth to her character, maddening as it is to watch her pine over him.

Yo. Andre needs some help. I actually whispered “oh no!” to myself when I saw him flush his meds down the toilet in the preview of next week’s episode. I too think that he and his wife could stand to get a little more of their history fleshed out onscreen. I suspect we’ll get it via a very ugly Andre moment soon.