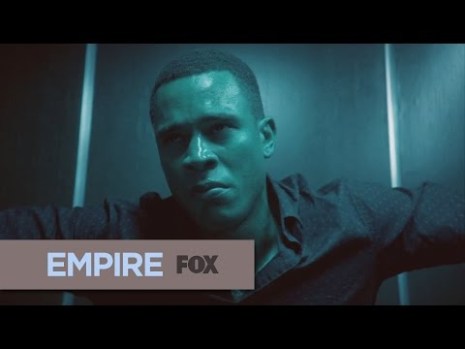 Empire is still bringing the heat, continuing to rise in ratings while also delivering serious drama. This week Angela and Terryn dive into the morass that the Lyon clan finds itself in after Boo Boo Kitty’s betrayal.

Empire last left us expecting Andre to have a very ugly, public moment. This week’s episode delivered, so much so that by the end of the episode, every scene without Andre in it felt almost superfluous. That’s saying a lot considering how action-packed this episode was: Boo Boo Kitty finally got what she deserved.* The capture-the-artist contest between Empire and Creedmoor, replete with digital leader boards and frenzied bomb-disarmament music, felt snatched from the desk of Shonda Rhimes, but it provided each son an opportunity to show what he might bring to the table as Empire’s leader. I will never, not ever, forget Cookie getting turnt off some purple drank and demanding Malcolm (Derek Luke) “take these cookies.” But even Cookie couldn’t overshadow Trai Byer’s acting this episode.

Have you ever been at a friend’s house when something personal breaks out among her family, and you wish you could just disappear, but you also can’t stop watching? That’s how I felt when Andre, Jamal and Hakeem were stuck in that elevator. I felt like I wasn’t supposed to be there, witnessing these brothers try to cope with behavior they were clearly familiar with, but did not fully understand. As always, Jamal stepped up. He handled the situation so well that I forgive him for that awkward, Prince-inspired, strained-falsetto, sexy time performance he’d given earlier in the episode. The elevator scene was just good television. Great television, even. It will remain one of the standouts of the season, I predict.

*Wasn’t Boo-Boo Kitty’s entire come down bittersweet? Just when I was ready to cackle at the sight of her clothes tossed onto the driveway, I felt pangs of pity for her. But then I remembered how she derailed Elle Dallas’s road to sobriety and I cackled just a tiny bit at her finally getting some comeuppance.

You are so right: last night was definitely Dre Day, in that his performance stole the entire show. It was the heart of the episode and I felt myself holding my breath in every single scene he was in, waiting for the keg to go off.

There was a steady build up for his final explosion each time we saw him getting more and more worked up. When he wasn’t on the screen I wondered: 1.) where he was, and 2.) if he was ok. The elevator scene was too too real, and some of the stuff he was spouting, particularly about that older sibling struggle — being burdened with raising/protecting your siblings when your home life is less than stable — really hit home. Jamal was the typical middle child though, smoothing shit out when it got too hot. It’s interesting how strong the relationship is between the brothers, even when Dre was the one who (inadvertently) shot up Jamal’s studio session.

For some reason I thought the elevator scene would be ‘it’, but they really went for the gusto and had Dre have a full meltdown, right in the glass-encased conference room (Trai Byers acted his ass off, I thought he was going to knock every single pane of glass out). Maybe that’s some symbolism for the glass house the Lyon family lives in? Hmmm. Anyway, as much shit as Lucius gave Dre’s white wife last week, one thing he can’t take away is how much she loves him. That woman is down for Dre’s freaky antics AND makes sure he takes his meds. Evil plotting aside, that made me a little more sympathetic to her character.

Sidebar: the whole Billy Barretti situation standoff, which seemed a little much to be honest — drawn guns in a public road with a Bentley parked right there? c’mon, son — is that Lucius really has a disdain for people in the music business who are not musicians. Maybe that’s why unconsciously discriminates against Dre as the next-in-line for Empire?

I live for drunk Cookie. Derek Luke is fine and I’d have given him my cookies, too. It’s cold outchea.

Boo Boo Kitty’s takedown was GREAT, but I did feel a teensy bit bad for her. She wasn’t really gonna win, especially when she knows that Lucius loves Cookie (everyone does). No amount of Halle Berry hair or debutante wiles is gonna change that.

Lucius needs to chill on all these scarves and ascots.

I am so, so glad Porsha didn’t turn on Cookie. But I wonder when that whole ‘I put a hit on a drug dealer’ situation is gonna rear it’s ugly head.