Home » Browse PostBourgie » Blogging The Real Housewives of Atlanta, Episode 10: Off the Hook

Blogging The Real Housewives of Atlanta, Episode 10: Off the Hook 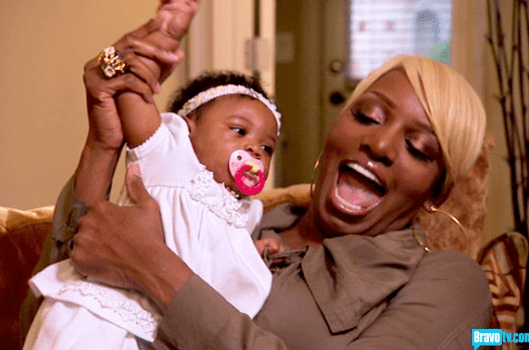 How relieving to not have to open these recaps with talk of how boring Kim was in a particular episode.

This episode finds everyone recuperating after a group trip to Anguilla. It opens with Kandi reminding us that she’s got the most common sense of anyone in the cast as we’re shown Kandi’s happy little family–her new man, Todd, and her daughter, Riley. Kandi stresses that she’s happy with where she and Todd are, and though she would like to get married, she’s not about to go the Kenya route and pressure him into either proposing to her or leaving her. Smart woman.

Speaking of Kenya, we cut to she and her beautiful aunt Lori meeting up to dish on how things are going with she and Walter. Truthfully, I just can’t muster any sympathy for Kenya since we now know that she and Walter weren’t really together. This would typically be a really sad situation–girl meets boy, girl is ready to take things to another level, boy drags his feet and probably isn’t really that into girl. But now, every problem that Kenya is having with Walter can be answered with “but he’s not your man, though.”

While I am unmoved by this particular scenario as it pertains to Kenya, I do think there’s an important real-life lesson in there, one that I and many women can relate to–do not waste your time on a man who doesn’t want for your union the same things you do.

Kandi pops up again to display her sensibility when she goes shopping with Porsha, whose throw-it-in-the-bag-and-don’t-look-at-the-receipt method of shopping earned this look from Kandi: 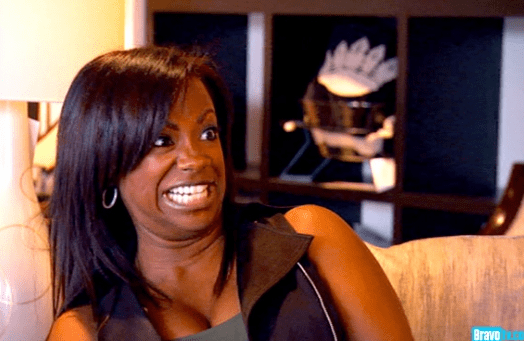 When Porsha says that she pretty much doesn’t believe in prenumps because “no one is bigger than the relationship.” Spoken like someone who married her money, rather than Kandi, who made hers.

And because every episode needs a little bit of Phaedra, we get a clip of her and her mother giving her son, Ayden, a bath. Twitter was kind of shocked to see that Phaedra gave him a little sippy cup full of sweet tea, and really, I think we all need to give her a break. She was probably just out of red Kool-Aid. Or pancake syrup.

Later, everyone gathers at Cynthia’s place for a little send-off for Nene. All the regulars are invited, including Kenya, who–for some reason–exclaims: “Everyday, somebody thinks I’m Beyonce!”

Everyone made these faces, respectively:

…Kenya gets mistaken for Beyonce about as often as I get mistaken for a blue giraffe. To provide some perspective, I’m a 5 ft 3 black human woman.

This looked to be a drama-free episode until Kenya and Walter’s fishing trip. What a metaphor, huh? After all the figurative fishing Kenya’s been doing this season, now they’re literally fishing. I see what you did there, producers. Walter shows up in a Gucci polo shirt and tennis shoes (known also as “sneakers”) that he doesn’t want to get dirty. He’s about as serious about this trip as he is about building a life with Kenya.

They soon slip into the “what’s going on with us?” conversation, and again, if I wasn’t convinced that the whole thing was a sham, I’d feel really bad for Kenya. I’d feel bad, but I’d also be kind of annoyed. She keeps begging for Walter to say how he feels about her when he’s been showing her loudly since he came into the picture. You can’t get blood from a stone. Take your syringe elsewhere, boo boo.

Next week, the fireworks return when Phaedra and Kenya butt heads over this donkey booty dvd. Fun times!