And of course, some folks will never accept that Obama is our nation’s legitimate president.

Which makes sense: If Hawaii had been part of Real America in 1961, there’s no way they would have allowed all of that race-mixin’. 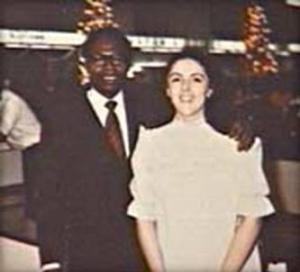 But in more serious news, send up some thoughts, prayers and maybe  some money for the people of Arkansas, Alabama and Mississippi. They are facing a long, hard and expensive recovery following devastating storms and tornadoes earlier this week.

And now for the links:

1. King & Spaulding, the firm the House GOP hired to defend the Defense of Marriage Act has backed out of the contract.  Paul Clement, former Solicitor General under the Bush administration and partner assigned to the case, resigned and has said he will continue with the defense. (Nicole)

2. Via Krugman, Natalie Martin explains that meaningfully shopping for insurance is next to impossible. (Blackink)

3. Jamelle reflects on the link between socioeconomic status, violence, and education. (Nicole)

5. Unrest in Yemen continues, with the country on the brink of a food crisis.  Speaking of food crises, Foreign Policy’s just published their first ever food issue, which includes a good piece about the geopolitics of food.

7. Despite the recent headlines, Radley Balko reminds us that there is no “war on cops.”  (Blackink)

8. Google has agreed to “amend” its maps of Rio de Janiero, after city officials complained that the maps featured favelas too prominently.  (Nicole)

10. Colleges are starting to worry about students who are always connected. (Blackink)

11. Jonnie Lewis Brown, who played that jackass cop on The Wire who tormented the kids in B-more, is kind of a big deal in Bollywood. (G.D.)

Hope the rest of your week is just wonderful.

And that the silly season comes to an end sometime soon.