And he wants to pay more taxes.

And he did it while doing all of this f*cking stuff. 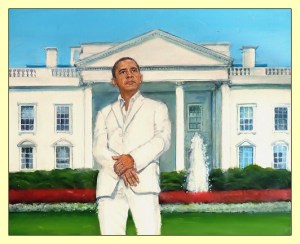 1. The NYT goes in on the Ryan budget, echoing PostBourgie’s own Jamelle Bouie in saying “If it was not clear before, it is obvious now that the party is fully engaged in a project…to liberate business and the rich from the inconveniences of oversight and taxes.” (Nicole)

2. And since we’re talking budgets, Ezra Klein explains why the federal budget is not a household budget and shouldn’t be run like one. (Blackink)

5. Sully, or one of his minions, thinks obviously racist things aren’t racist when it comes to dating. (Monica)

6. Speaking of obviously racist things, Colorlines has a gem. And the standard disclaimer is extra good: “Oh, come on! Everybody who knows me knows that I am not a racist. It was a joke. I have friends who are black. Besides, I only sent it to a few people — mostly people I didn’t think would be upset by it.” So if you send offensive things to people who won’t be offended, they’re not offensive. (Monica)

8. Sara Mayeux on the aftermath of California’s three-strikes policy: “There is a generation or more of Californians — those who were of crime-committing-age between 1980 and 2000 — who racked up criminal records and prison stints on the basis of draconian drug sentencing practices that California voters have since rejected. A lot of those men and women are still in the system or still being hurt by the system, whether because prison ruined their life, or because they got into further trouble once labeled a criminal, or because they got out of prison and finding few resources to help them went back to using drugs, or whatever reason.” (Avon)

9. After decades of creating harsher and harsher penalties for crimes, Kentucky’s criminal justice system became so bloated that it almost bankrupted the state. So the state, improbably, changed tacks: lawmakers introduced a bill overhauling its  drug laws, its sentencing and parole system. “The reform is expected to lower prison populations, expand drug treatment and save the state more than $420 million over the next decade.” (Avon)

10. Nine months ago, a Florida man disappeared after taking a dive in the underwater caves of Vortex Spring.  But what happened to Ben McDaniel remains a mystery.  “Maybe he wasn’t running from something. Maybe he was running to something.” (Blackink)

11. Last week, the NYT ran a full-page ad from the Catholic League, in which the group’s president, Bill Donohue, said that the many children abused by priests were neither raped (because, he said, they weren’t “children”) and that it wasn’t rape (because they consented). Yeah, we know. Grimy.  (Avon)

12. Bleeding Cool has the first trailer for the film adaptation of Kathryn Stockett’s embattled novel, The Help. Like the book itself, it’s pretty underwhelming. But who can resist Viola Davis? (Stacia)

13. David Simon has so much more to offer than “The Wire.” His thoughts about the drug war and increasing socioeconomic stratification are especially penetrating: “… we are the jailing-est country on the planet right now. Two million people in prison. We’re locking up less-violent people. More of them. The drugs are purer. They haven’t closed down a single drug corner that I know of in Baltimore for any length of time. It’s not working. ”  (Blackink)

15. If you’re looking for a list of this year’s Pulitzer winners and links to the winning entries, Poynter has it all. (Blackink)

16. At Brigham Young University in Utah, Deadspin reports that 80 percent of the student-athletes dismissed for honor code violations since 1993 have been people of color. (Avon)

Got more for us? Y’all know what to do.