Before the weekend, The Atlantic Wire attempted to put together a roundup of the “worst reactions” to the incredible disaster unfolding in Japan.

In retrospect, those reactions weren’t nearly as bad as the attempts to inject a little humor into the calamity from Gilbert Gottfried, 50 Cent and Haley Barbour’s mouthpiece. To say nothing of some of the uglier comments that deserve no linkage on our slice of the Internet. 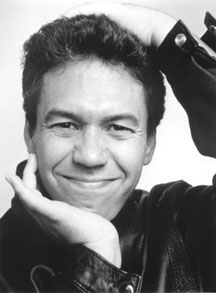 Probably the best advice I could give anyone going forward is that if you’re thinking of making a joke of what’s happening in Japan, don’t.

And now, for links:

2. ABC News has aerial photos of the devastation wrought by the Japanese earthquake. (Blackink)

3. The Union of Concerned Scientists walks us through the nuclear crisis in Japan. (Monica)

5. A white supremacist was arrested and charged in a foiled bombing in Spokane, Washington. Kevin William Harpham  (extremists always have three names) was charged with attempted use of a weapon of mass destruction for planting a backpack bomb that near an MLK Day parade that failed to go of. (Avon)

6. The tumultuous life of farmworkers has significant effects on their kids as well. (Nicole)

7. A teacher named Sarah Averill’s dashed optimism. “… it hurts in a deep, visceral level to be called greedy. It hurts to hear ourselves referred to as the enemy of the public, as though we aren’t part of that public, as though our tax money hasn’t gone to corporate bailouts while we use the remainder of our paychecks to fund our own classroom supplies. It hurts to read and hear about educational budgets being cut even as teachers are held increasingly accountable for test scores.” (Avon)

8. As technology continues to evolve, academics and journalists are seeing the emergence of new forms of online racism. (Blackink)

9. Juan Williams was WRONGED, y’all.  In an interview before the latest NPR uproar, he says NPR exhibited the “worst of white condescension” in firing him.  For what it’s worth, I still wouldn’t want to run into him on a plane, but maybe that’s just me. (Nicole)

12. After the debut of ESPN’s riveting documentary about the  “Fab Five,” pundits and writers couldn’t stop talking about former Michigan star Jalen Rose’s reference to some of Duke’s black players as “Uncle Toms.” Context, as always, is key here. (Blackink)

Once and again, have a great week. Let’s do it again soon.

And pray for Japan.