Home » Browse PostBourgie » So Your 100-Year-Old-Artifacts Almost Got Peed On.

So Your 100-Year-Old-Artifacts Almost Got Peed On. 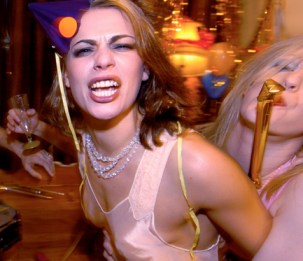 Apparently, Ohio’s Miami University’s Alpha Xi Delta needed to throw a party and decided that the National Underground Railroad Freedom Center would be a bully place to do so.  In a complete and utter twist of crazy, the Freedom Center agreed.

Whether you went to college or not, you know what happens at Greek college parties.  And whether you have a degree or not, you’re smart enough to know that a building full of slavery doesn’t exactly promote a festive mood (note:  I’ve been to this museum before.  It doesn’t have a happy exhibit section).

It should serve as a surprise to no one that the party soon got out of control.  People smuggled in alcohol, yada yada yada,  some kid almost pissed on a a 19th-century slave pen exhibit (he was caught and stopped by an event coordinator).

It’s really unfortunate, sure, but didn’t everybody kind of get what was coming to them here?  The museum got puddles of vomit to clean up, and the sorority has suffered the wrath of The Ancestors, which got them a two year suspension of activity at the university.

A party at a slavery museum.  How tacky.  Oh, by the way, we’ll be holding the first ever PostBourgie “Get Down with the Get Down” bash at the National Museum of Pestilence, Plague, and Oppression this summer.  Details coming soon.