Home » Browse PostBourgie » Always the Innocent are the First Victims.

Always the Innocent are the First Victims. 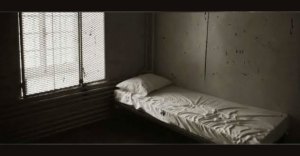 If an alibi and the absence of a criminal record aren’t enough to keep you out of prison, then surely DNA evidence should be enough. Right?

Thirty-five years ago, a 9-year-old boy was raped in a field near his Lake Wales home. Five months later, a 19-year-old man was convicted of the rape and sent to prison for life.

Now, DNA tests show he was the wrong man.

Of the 245 people in the United States exonerated by DNA evidence since 1989, not one has spent as much time in prison as James Bain.

Even if 35 years isn’t a lifetime, it’s long enough.

The state may not be able to properly compensate Bain for all those years spent behind bars but it can start making things right by releasing him, promptly, and then going through the sort of painstaking review process of similar convictions that’s going on in Dallas County under the leadership of District Attorney Craig Watkins.

Moving forward, I’m curious to know why the state refused his request for DNA testing four times before finally relenting on the fifth time. This, you would think, should be a matter of standard procedure. Was it a lack of money? Was it apathy? Was it a refusal to acknowledge a wrong might have been committed?

I think I already know some of those answers. I’m from Texas, after all.

But we need to ask these questions, and we need good answers, because we need to do better.

Anyway, Bain’s plight brought me back to this head-scratching excerpt from Jonah Goldberg, who somehow convinced a publishing company to fork over $1 million for insightful ponderings like this:

In debates with readers, colleagues, college audiences, et al. the monitor on my internal respect-o-meter flat-lines every time I hear someone say, for instance, “better ten guilty men go free than one innocent man be punished.”

So let me ask you, why not set free two million guilty men?..

With all due respect (I guess), his respect-o-meter needs a major overhaul.

The reason it’s better that “ten guilty men go free” or two or 2 million, is because if we – as a nation – get comfortable with the idea of locking up innocent men (and women) on dubious premises and flawed evidence, then none of us are safe.

Some 90 percent of false convictions in the rape cases involved misidentification by witnesses, very often across races. In particular, the study said black men made up a disproportionate number of exonerated rape defendants.

You might be a part-time janitor on probation for burglary. You might be a college student who spent two years in the Army.  While you’re out two-timing 30 miles away, your girlfriend could turn up raped and murdered.*

Look, I kid, but this isn’t a game.  The stakes in the courtroom are much too high to tolerate error and then doubling down on that error and then making a cute contrarian argument in the Weekly Standard while relying on your respect-o-meter.

It ain’t Jonah Goldberg’s flatline that I’m worried about.

* Yeah, a lot of those examples are from Texas. It’s almost certainly not a coincidence.