Home » Browse PostBourgie » What Not To Wear: Morehouse Edition.

What Not To Wear: Morehouse Edition. 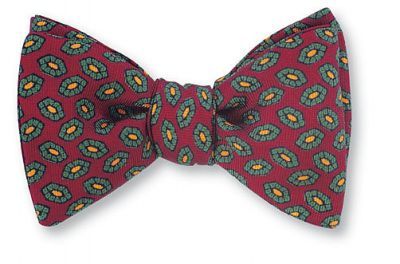 The new Morehouse College dress code — or rather, attire policy, since a dress code tells people what to wear, not what not to wear — includes the following provisions, according to Kay Steiger at Campus Progress:

• Caps, do-rags and hoods are banned in classrooms, the cafeteria and other indoor venues. Do-rags may not be worn outside of the residence halls.

• Sunglasses may not be worn in class or at formal programs.

• Jeans may not be worn at major programs such as convocation, commencement or Founder’s Day.

• Clothing with “derogatory, offensive and/or lewd messages either in words or pictures” may not be worn.

•  “Sagging,” defined as “the wearing of one’s pants or shorts low enough to reveal undergarments or secondary layers of clothing,” is banned.

• Pajamas are banned in public areas.

The general idea behind the attire policy seems to be to recreate some bygone era in which Morehouse men matriculated in natty suits and bowler hats. Morehouse VP for student services William Bynum told the Atlanta Journal-Constitution: “This is necessary, this is needed according to the students,” he said. “We know the challenges that young African-American men face. We know that how a student dresses has nothing to do with what is in their head, but first impressions mean everything.”

I don’t understand what this worry about “first impressions” has to do with putting into practice a policy that affects how men who see each other every day dress. It seems to assume that adult black men won’t know how to dress appropriately for different situations unless mandated to do so. But even more worrisome is that the Morehouse administration seems to think telling students to pull up their pants (or, to wear pants) is more important than addressing the issues faced by the college today. As Frank Roberts argues in a commentary for The Root:

Turning Morehouse College into a playground of men with cardigans and bow ties will not substantively increase the institution’s rapidly declining graduation rates (at last check, only 64 percent of Morehouse men graduate within six years). Nor will it help to reverse the college’s long-standing inability to attract superstar black faculty in the humanities or social sciences. (I doubt that a new undergraduate “dress code” would be appealing to the likes of Bell Hooks or Cornel West.) Nor will it beef up the resources that one would expect to find on the campus of a purportedly “elite” college (such as better library holdings, laboratories or facilities).

Roberts also knocks the ‘women’s garb’ bullet point as a symptom of the refusal of blacks to talk about “the sizable presence of gay men within our community, including (and perhaps especially) at institutions like Morehouse.”

His point is well illustrated by Bynum’s explanation that the provision was targeting a small group: “We are talking about five students who are living a gay lifestyle that is leading them to dress a way we do not expect in Morehouse men.”

While I doubt the cross-dressing provision will greatly affect most Morehouse students, gay or straight, I think it’s important to be clear about one thing: cross-dressing is not a sign of sexual orientation. However, Bynum’s comment is a sign that the school isn’t making (or trying to make) much progress on its problems with homophobia.

In 2002, Morehouse student Gregory Love was beaten with an aluminum baseball bat by fellow student Aaron Price, after looking in the shower stall Price was using. Price said he was protecting himself from unwanted sexual attention from Love when he began a rant about all the ‘fags’ at Morehouse, went to his room to dress himself, and returned with a bat to attack Love. Price was expelled from the school after the attack, and given a 10 year sentence for aggravated assault and battery (but acquitted of committing a hate crime). His sentence was lowered to 7 years in 2006.*

And in May 2008, the Los Angeles Times shadowed Michael Brewer, an openly gay Morehouse student as he struggled to promote a week of gay rights events on campus, and went on to ask the question: “Can the Morehouse man be gay?”

If Bynum considers homosexuality a ‘lifestyle’ that leads men to dress in women’s clothing, it’s unlikely that the school wants to produce gay Morehouse Men, or even men who are gay allies. Additionally, treating clothing that has been traditionally associated with young black men like there’s something fundamentally wrong with it is classist, and it reinforces bigoted ideas about the man wearing baggy jeans. This attire policy is, at best, simply the laziest possible way of preparing Morehouse students for the future. At worst, it’s a sign that Morehouse isn’t so much worried about preserving its great legacy as preserving the look of it.

* It’s been brought to my attention (and rightfully so) that using one incident of a homophobic assault on a student as an indictment of an entire school is wrong. I didn’t mean to say that Morehouse is a place wholly intolerant of gays, but rather that, based on Bynum’s statements, he, and by extension the administration, isn’t doing much to mitigate homophobia there. For the record, I went to an HBCU with a significant gay population and understand there is nuance everywhere: homophobia can exist in a place where gay people thrive.