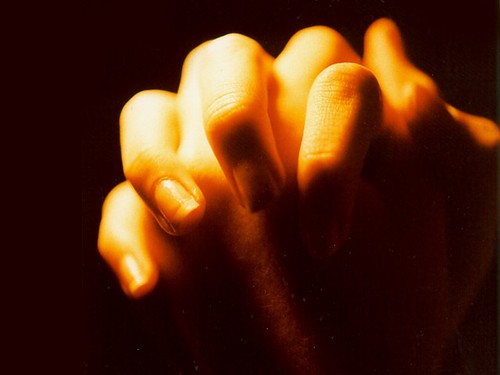 I don’t feel like a fundamentalist. I don’t self-identify as evangelical. But I grew up spending at least two days a week in the church where my mother and stepfather served as associate ministers. Our church was predominantly Black. The brick building had a blue awning that read, The Power of Faith Evangelistic Ministries. It was located across from the famed Pimlico racetrack, where the annual Preakness horse races are held. I was a member there from age 8 until age 16.

I finished high school attending a church that was something of a spin-off from Power of Faith. When I first started attending it, it was called Rock Church of Randallstown. It’s gone through about three or four name changes since then.

The two churches shared the same core beliefs and values, though their day-to-day management seemed to drastically differ, and among their chief commonalities were unspoken ideas that politics didn’t belong in the pulpit and ethical/moral ambiguities weren’t ambiguous at all. There were no greys. You were to ride for the side that was anti-abortion, pro-prayer-in-schools, for abstinence-only education, and anti-LGBT marriage. Often, no one bothered to even point out a specific biblical basis for these church-wide stances (though verses for some of these stances could be found). The fact that a spiritual authority — the pastor, a visiting preacher, a revival guests with a prophetic word — assured the congregation that these moral views were “in the Bible” tended to be enough for most of the members to go on.

Study of the Bible was encouraged. But questioning its context or attempting an interpretation other than the one being delivered in a sermon or class was frowned upon.

Faith was supposed to quell your need for persistent questioning. Right and wrong were cut and dried. There were no “But what if…?”s.

Growing up Christian and consistently church-going had its advantages. Sometimes—particularly during childhood—the simplicity of a “Because I Said So” existence is welcome and safe. I didn’t really care about the countless cases of “sin” that didn’t fit into any neat, succinct and pre-cut molds, formed in the year of our Lord, more than two millennia ago. I believed in “that’s just the way it is” as easily as I believed in “happily ever after.”

But almost invariably, there came a dichotomous moment within the church experiences of my youth group-attending peers: that moment when we chose post-high school paths. Ironically, it was our church that most fervently encouraged post-secondary education–though that encouragement came with no end of caveats. We were warned to be careful about what we internalized at our colleges, to vigilantly guard our faith against the probable attacks it would suffer in classroom discussions. We were admonished against taking the word of any professor who claimed to be atheist or agnostic (and it was likely that there’d be more who did make that claim than those who didn’t). And above all else, what we should immediately do, upon moving into any dorm far away was “find a good church home.”

Didn’t they know that, by advocating so diligently for education, we might learn how limited our childhood views had been? Didn’t they consider how seldom anything is ever cut and dried, black, white, or simple within liberal arts courses of study? Or were they so sold on the prospects of job placement and advancement that college had come to symbolize for the black community (i.e. “No one can deny a colored person anything if he got that piece o’ paper….”) that they didn’t anticipate the side effects of spiritual skepticism and overall jadedness?

The fact was: whether we went to the military, an HBCU, or simply some liberal arts school with absolutely no theological background or agenda, we all drifted into musings and pontifications far beyond the bounds of “Because They Said So.” We became known as a Post-Church Culture.

It was liberating but also daunting, as we often found ourselves neck-deep in conversations with peers who hadn’t grown up sheltered from the ethical and moral greys or the ubiquitous “what ifs”—peers who viewed us as naive and behind the curve when we began our stilted, elementary forays into the greys they’d been wading through and grappling with lifelong.

That is to say: the Post-Church experience is marked with countless instances when I feel totally green. I’m constantly self-conscious of the possibility that my socio/political/economic ignorance is showing.

By the time I finished college, I was no longer a member at either of my childhood churches, nor was I seeking to become a member of any other assembly. Nine out of ten of the former church attendees I knew were in the same position. Very few us shunned faith entirely in the aftermath of our questions and doubts; we were just in no particular rush to return to an assembly where our questions and doubts would fall on deaf ears.

So what will come of this post-church community, whose adult lives have been shaped by the haunting suspicion that things aren’t as irrefutable as we hoped and believed? It stands to reason that successive generations of upwardly mobile, Black-church-attending youth will have similar dichotomous moments–when it may become necessary to extricate themselves from the super-simplicity of their church’s dealings with a world where the stakes are constantly raising. Perhaps by then, we’ll find less polarizing ways to incorporate their post-secondary, Post-Church education with a faith experience that allows for the commingling of black and white.