The Military Mindset Behind ‘Stop & Frisk.’ 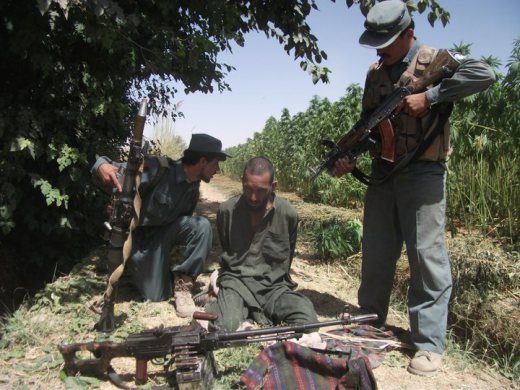 A Taliban soldier captured during one of the patrols I was on in Afghanistan. 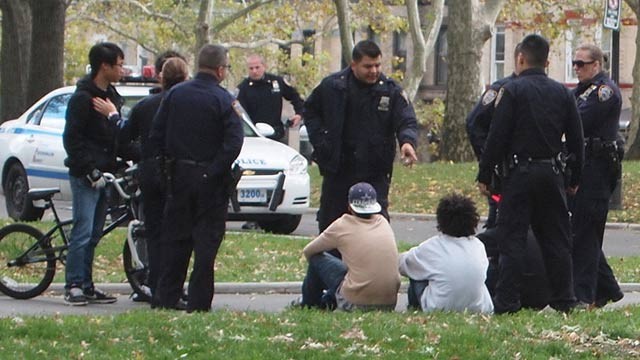 Men being stop and questioned by the NYPD.

When a judge ruled yesterday that New York City’s police policy referred to as Stop & Frisk violated the constitutional rights of minorities it brought to light the issue of how people within a community relate to those tasked with policing it.

When I was a soldier I was trained in, and witness to, large-scale policing of a populated area. Much like cops on a beat, soldiers in Afghanistan would patrol a certain area of operations and interact with the people there.

When my platoon would roll into a town, we would cordon off certain streets, we would stop and talk to anyone entering or leaving the town. We tried to get as much information as possible on the people living there and what Taliban activity, if any, there was in the area.

If this meant physically stopping someone, making them sit on the ground while we questioned them about what knowledge they had, so be it. That’s what we did, whether it was village elders, shop merchants, farmers, ect. Anyone we came into contact with was a potential source of intelligence.

NYC cops have essentially the same mindset. Find out as much information as possible about the area you’re patrolling. Stopping as many people as possible and questioning them makes logical sense if the objective is to gather as much human intelligence as possible.

Which is sound strategy, if you’re entirely willing to disregard the feelings and dignity [not to mention civil rights] of the people who’re tasked with protecting, treating them only as statistics to flash around during campaign season while simultaneously eroding whatever trust that community might have had in you.

This was the fatal flaw in the occupation of Afghanistan and Iraq, thinking you can subdue a populace and befriend it at the same time. The mindset of using average citizens as unwilling tools in the war on drugs or gangs or graffiti or other crime is sprang from the same mindset of using the military to roll into a foreign country with tanks and bombs and have the local populace throw their support behind you just because you call yourself the good guy.

The difference is, eventually soldiers get pulled out of a war. They can go home to their families and the local population can go back to doing whatever it was doing before the war.

Cops stay on the beat in those communities forever. And with the growing number of Afghanistan and Iraq veterans joining the ranks of the NYPD as well as other police forces, the military mindset of treating everyone like a potential suspect or threat will only increase as the number of returning combat vets swell the ranks of police forces around the country.

That might be a contributing factor to communities where members feel they can’t walk freely down the streets without being used as an unwilling informant or suspected of being a criminal.