Home » Browse PostBourgie » For Those Who Still Can Listen.

For Those Who Still Can Listen. 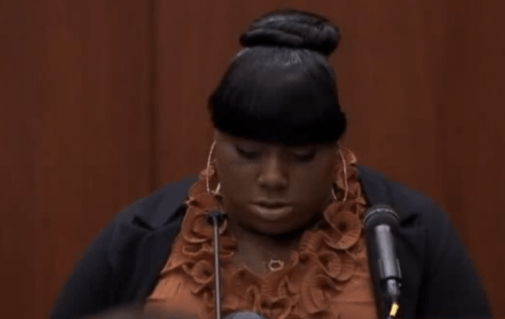 I immigrated to the United States, which means my parents would get up to go to a federal building in New York in the dark hours of the morning to stand with me and thousands of other people in a line that would take the day to clear.

‘I don’t understand!’‘What are you saying?’

As a kid, I got to watch a slew of immigrants get dismissed, their language skills diminished, somehow suddenly incomprehensible to a clerk whose job it is to communicate with people.

As an adult, I worked in public assistance. We had thousands of people come through the program every week. And our only real goal was placing people, most of whom lived in shelters, and some of whom had criminal backgrounds, into sustainable employment.And I got to watch as people suddenly became incomprehensible to those who are supposed to be assisting them. First, they were just difficult for that person to understand, then a little aggressive and then, finally, their behavior was confrontational. Because for some people, anger is all of you that they will hear.

Growing up in New York, I saw it in my schools, at the centers, at the post office, at the bus stop and the subway information booth. I saw the eager dismissal of other human beings, the willingness to get frustrated, the sudden lapse of good faith.
‘You can’t help me! Get me somebody who speaks English!’
This crowded, petty hate that people get away with for fact that they direct it at the vulnerable. This acidic resent filtered into altercations over retail transactions and social services. This casual disregard of others and how that somehow became their failure and not your own.I grew up around a sea of voices and they were all different.  And their silencing, their ridicule, it is about power. It is about having just enough power to diminish someone else. To diminish strangers. To diminish my parents. To diminish my friends. Suddenly, Dee speaks too rough for you. Suddenly, my dad just needs to blurt it out. Suddenly, my best friends are incomprehensible to you.

It’s Trayvon’s fault because he left one community and forgot to pass in another. Because he thought he could just be a teenager and he didn’t see the sign that says ‘upon entry into this gated community, all black boys become a 1950’s caricature.’ It’s his fault because he couldn’t convey to George Zimmerman that he was just a boy, just a kid, walking home to his father. It’s not George Zimmerman’s fault for living a small life, one where he knows so little of people that a teenage boy wearing a hooded sweatshirt becomes a threat to his life that must be extinguished.

My parents navigated two countries, two economic systems, six languages between them.  My father went to work in the Bronx as a machinist in the dark hours of the morning and did not return until the dark hours of the evening. My mother, a professor of English herself in the Ukraine, was a waitress, a tutor and a case-worker here, at the same time. My friends have moved in and out of poverty, in and out of neighborhoods on both sides of development and decline. All these human beings have wandered into so many different worlds within blocks and paychecks of each other, and they’re incomprehensible to you now. And it’s their fault, because you had the fortune of growing up in one world and never being all that curious of what was beyond its various walls. Because you’ve decided you own that world and they’re merely visitors in it, visitors for which you have little tolerance or patience. Because the idea of other towns or other people upsets you. Because although you all live with the same borders, they are the trespassers. And they made the mistake of crossing without reading the sign about proceeding with caution, keeping any eye for the intellectually impenetrable. And they had the audacity to not just listen, like they’ve been doing their whole lives, but to speak. They got Don West even if Don West didn’t get them.  And I get you.

Consider this. Rachel had a friend. And he cared about her. And she was the last person he called before he died. They spoke on the night he perished from this earth because he got her and she got him. If you can’t consider her, if you can’t see her value or even imagine that she has value, if she makes you feel some sort of shame or resent, the problem isn’t with her, at all. If you a problem understanding Rachel Jeantel, made to testify at a trial over the murder of her friend, a murder that she had to hear, to listen to, as she rebuts a defense attorney representing the man who killed that friend, the problem isn’t with her at all.
If you think there’s something wrong with how she speaks or looks, there’s something wrong with you.
No one has ever asked me to answer, to listen to my best friend die and to make the case of why. No defense attorney has ever tried to rattle me questioning if I heard what I heard, if I could be trusted or understood. A big world filled with people living in small ones has never editorialized on my inscrutability. I served on a jury and that was stress enough. To go through what this young woman has gone through is remarkable.  To go after her is the petty, hateful purview of bullshit artists. It is the cruelty of someone who has just enough power to diminish someone else. It is the arrogance of people proud to flaunt the fact that other human beings seem alien to them. But Rachel Jeantel, by fact of her birth and her life, speaks more languages than you will ever know and hears more than you’ve ever bothered with. And the fact that you can’t hear her, that you can’t be bothered to understand, says far more about you than her. It says more about you than it does Don West who is cynically clowning for the jury and his client. It says that you are the smallest, cruelest thing of all and that you are proud of it.