Home » Browse PostBourgie » What’s In a Name? Kind of a Lot. 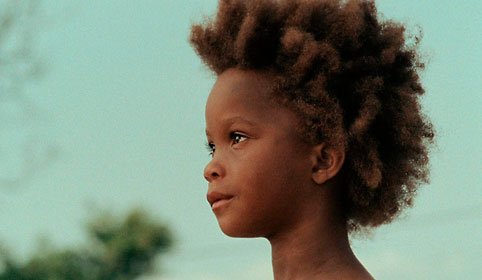 I watched every piece of the Oscars Sunday night, from pre-shows to the very end, which means that I was in front of my television for roughly 23 hours.  My viewing experience began in anger and fury, and it ended the very same way.  And thanks to some despicable behavior from the internet, that anger and fury is persisting hours after the show has ended.

It began when I heard Ryan Seacrest say that “they” (meaning, I assume, he and his E! red carpet cohorts) had decided to call Quvenzhané Wallis, the 9-year-old dynamo nominated for her role in Beasts of the Southern Wild, “Little Q” instead of her actual name.  Here’s a quick breakdown of the problems with this:

1.  That isn’t her name.
2.  To my knowledge, neither Quvenzhané nor her family OK’d this nickname.
3.  That nickname wasn’t given to her out of love or adoration; it was given out of discomfort around something “other.”

Naming and names are important because they are entwined in our ownership of ourselves and our bodies.  We name things that belong to us.  We name our children.  We name our pets.  We name our cars and our plants and our stuffed animals and even our hair.  The act of naming and/or re-naming something is absolutely about power and control, and this is something that slave owners knew very well–a standard practice in “seasoning” and “breaking” a slave was assigning them Anglo-Saxon names.  This established that those men and women were, without a doubt, property of their purchasers, and completely severed them from the identities they knew.  Further, the names that were assigned to enslaved black men and women were often diminutive versions of common names–Billy instead of William; Donnie instead of Donald.  These were verbal reminders that you were not a whole man or a whole woman, that you were not fully human.  And when that wasn’t enough, they were stripped of those names and called “boy” or “gal,” because acknowledging a person’s self-approved name is to acknowledge the humanity in someone.

This is still the function of naming, and precisely why the insistence on not learning how to pronounce Quvenzhané’s name so crazy-making.

Not saying Quvenzhané’s name is an attempt, consciously or unconsciously, to step around and contain her blackness.  Yes, sometimes black people have names that are difficult to pronounce.  There aren’t many people of European descent named Shaniqua or Jamal.  Names are as big a cultural marker as brown skin and kinky hair, and there’s long been backlash against both of those things (see: perms, skin bleaching creams, etc.).   The insistence on not using Quvenzhané’s name is an extension of that “why aren’t you white?” backlash.

It is easier to be colorblind, to simply turn a blind eye to the differences that have torn this nation apart for centuries than it is to wade through those choppy waters.  And Quvenzhané’s very existence is enough to make the societal majority uncomfortable.  She is talented, successful, beautiful, happy, loved, and adored–all things that many people don’t figure that little black girls with “black” names could, or should, be.  Their answer?  Let’s make her more palatable.  If she insists on not fitting the mold of the ghetto hoodrat associated with women with “urban” names, let’s take her own urban name away from her.

Refusing to learn how to pronounce Quvenzhané’s name says, pointedly, you are not worth the effort.  The problem is not that she has an unpronounceable name, because she doesn’t.  The problem is that white Hollywood, from Ryan Seacrest and his homies to the AP reporter who decided to call her “Annie” rather than her real name, doesn’t deem her as important as, say, Renee Zellweger, or Zach Galifianakis, or Arnold Schwarzenegger, all of whom have names that are difficult to pronounce–but they manage.  The message sent is this:  you, young, black, female child, are not worth the time and energy it will take me to learn to spell and pronounce your name. You will be who and what I want you to be; you be be who and what makes me more comfortable.  I will allow you to exist and acknowledge that existence, but only on my terms.

And as if calling her “Little Q” wasn’t enough, The Onion took it to an entirely unnecessary level by calling her one of the most deplorable, abhorrent words there are:  “c-nt.”

The outrage was swift, and rightfully so, but so was the defense. Instantaneously, Twitter became flooded with tweets explaining the function of satire (as if those who were upset didn’t already know) and protecting The Onion’s tweet as a simple joke.

The underlying message there? If we package it the right way, we can still call you whatever we want, whenever we want.

Not all of us have the space or luxury to see this kind of attack as “just a joke,” and make no mistake, this was absolutely an attack.  On the surface, it was a bit of poorly planned satire that missed its mark by a million yards.  Quvenzhané was a prop in, not the subject of, a very tasteless joke.  As a writer and humorist, I understand that.  Sure, it was “just a joke,” but it was a joke constructed of venom that black women have had to withstand since the beginning of our time on American soil.  Beneath that joke is a culture that has made the lampooning and mistreatment of black women a perfectly acceptable thing, and this is where the attack lies: in the residue of an era that permitted the systemic rape and murder of black women even as the protection of the cultural purity of white women was viciously protected, claiming the lives of countless innocent black men in the process. The attack lies in the space that allowed anyone to ever think that a statement like this would ever be accepted, and in the realization that a lot of people not only accepted, but defended it. The attack is that we are always attacked.

Black women are routinely stripped of control of ourselves and our bodies.  We are “Little Q” on the red carpet.  We are “c-nts” on the internet.  We are “baby/honey/sugar/shorty with the fat ass” on the street as we go about our lives, minding our own business.  And when we open our mouths to speak against it all when it seems no one else will, we are charged to defend our defense of ourselves.

That Quvenzhané’s skin and gender are seen as permission to treat or call her however they wish is a jagged pill to swallow.  Let’s not get it twisted: calling Quvenzhané Wallis a “c-nt” is deplorable, but ignoring what she wants to be called and giving her some cutesy little nickname because you can’t be bothered to learn her name is every  bit as bad.

Beware of anyone who looks at you and says “I am going to call you what I want to call you in spite of what you call yourself;” they mean you no good, regardless of how big they smile at you when they say it.