Home » Browse PostBourgie » Are We About to Get Another Black Senator?

Are We About to Get Another Black Senator? 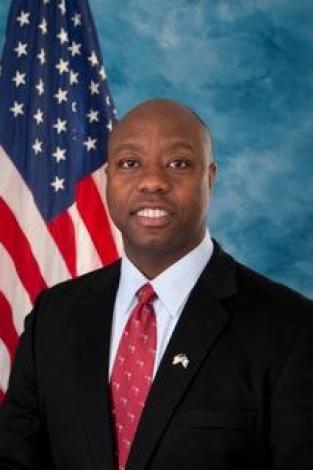 If I had to hazard a guess for the most likely replacement, it is Congressman Tim Scott, who has achieved a fair amount of prominence given his short time in the House. Part of this has to do with novelty; Scott is an African American Republican who represents Strom Thurmond’s old district and has close ties to the Tea Party movement. He’s well-liked within the state’s political establishment, and during the GOP primary, he hosted seven “First in the South Presidential Candidate Town Halls,” sharing the stage separately with each of the leading candidates. He’s always been mentioned as a candidate for statewide office, and this is his chance to shine.

If chosen, not only would Scott be the seventh African American to ever serve in the Senate—and the only one to serve in the 113th Congress—he would be the first black senator from South Carolina, ever. Despite its huge population of freedmen, South Carolina did not send a former slave (or freeman) to the Senate during Reconstruction.

Which is to say that, in addition to his conservatism and considerable political skills, he would be a historic choice, which is why Republicans are enthusiastic about him as a potential pick. For that matter, I would like to see him in the Senate as well; as a highly visible black politician, the symbolic value of a Senator Scott is important, even if his politics hardly match those of most African Americans.

The optics of this are obviously big, since the G.O.P. has made a lot of noise about getting more diverse since their Election Day throttling. But as Jam-rock points out, Scott isn’t likely to help them make much of a dent with black voters. Like Allen West, the vanquished Tea Party favorite who was the only other black Republican in Congress, he hails from a district that is overwhelmingly white. But unlike West, he turned down an invitation to join the reliably liberal Congressional Black Caucus when he was elected in 2010, saying that his campaign “wasn’t about race.”

“The black community, like all communities, will benefit when businesses can use their profits to hire more workers instead of paying higher taxes,” he said. “Reducing the tax burden, decreasing government interference in the private sector, and restoring fiscal responsibility, and I don’t think those ideals are advanced by focusing on one group of people.”