Home » Browse PostBourgie » Your Random-Ass Roundup: Down and Out in The Nation’s Wealthiest Black Enclave.

Your Random-Ass Roundup: Down and Out in The Nation’s Wealthiest Black Enclave. 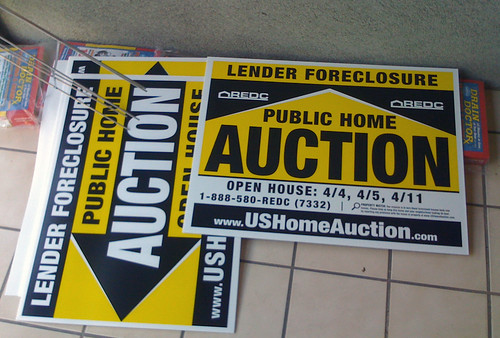 Prince George’s County, Maryland, which sits right on the D.C. border, is the wealthiest majority-black county in the United States. Over the last several decades, when a new black middle class was growing thanks to government jobs in the District and new laws were enacted that tore down barriers for black  people looking to buy homes, P.G. county got blacker quickly —- and as, Monica writes at The Prospect, flourished.

Across the country, in the final decades of the 20th century, minorities were moving into suburbs in unprecedented numbers. But Prince George’s County was distinct: It was one of the few places—like Southfield, Michigan, outside of Detroit; Warrensville Heights, Ohio, outside of Cleveland; and DeKalb County, Georgia, outside of Atlanta—that grew wealthier as it became blacker. Median income in Prince George’s outpaced the national median from the 1970 census forward.

“There are unexceptional people and dirty laundry that we try to hide in Prince George’s County, just like everywhere else in America,” Erek Barron, a P.G. county native and former federal prosecutor, told HuffPo’s Janell Ross earlier this year. “But when you live here or you know this place, you certainly get the sense that this is where the strivers make their home.”
But when the housing market cratered, P.G. County would not be spared. All those doctors and engineers and lawyers were still getting janky mortgages, regardless of their credit histories. And since they were less likely to have inherited wealth, they were less likely to have informal counsel to warn them about those janky mortgage stipulations and less of a  financial cushion when things got rough.

These types of loans have reshaped life in Prince George’s County. As early as 2007, a state task force identified Prince George’s County as the epicenter of Maryland’s foreclosure crisis. County sheriff’s department data indicates that mortgages for more than 50,000 homes, roughly one in four single-family residences here, have been in default or some stage of the foreclosure process since 2006. Property values have cratered in that time, according to county officials, declining by 35 to 40 percent on average. They are expected to fall further this year.

While white families made up most of those that had entered into foreclosure since the housing crisis began, blacks and Latinos were three times as likely to actually lose their homes.  The result: in just the last few years, the housing crisis has wiped out three decades of hard-won black economic progress.

“One of the reasons everyone should be more than a little alarmed here is that for middle-class families, whether they be black or white, housing is the primary form of wealth,” said Lawrence Mishel, an economist  at the Economic Policy Institute, told Ross. “When the wealth from a house is gone, everything a family has is in real jeopardy.”

Monica writes that the story of Prince George’s County “is, in many ways, the economic history of black Americans writ large.” :

While its post–civil rights boom was a heartening sign of the slow but hopeful rise of a durable black middle class, its sharp downturn during the Great Recession is one more sign that the arc of history has yet to bend in the direction of economic equality or justice.