Home » Browse PostBourgie » It’s Only Identity Politics When They Do It.

It’s Only Identity Politics When They Do It. 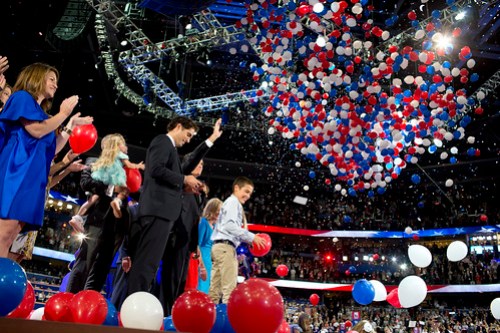 In every presidential election, Slate’s writers tell readers which way they’ll be voting. Tom Scocca says that he’s voting for President Obama, which he points out, puts him in the minority of whites — and white dudes, especially. Scocca also scoffs at the narrative that this election will be especially racially polarized since Mitt Romney is pulling in 23 percentage points ahead of the president among whites. “That’s not polarized,” he writes. “Polarization would mean that various races were mutually pulling apart, toward their favored candidates. ‘Minorities’ is not a race (nor, you may have noticed, is ‘women’). Minorities and women are the people standing still, while white men run away from them.”

I’ve written before that Democrats have struggled with white voters for half a century — they haven’t won a majority of white voters since 1964 — so Obama was already starting with a low ceiling. What’s been so different about Obama is how low his floor white white folks is this year; Democrats usually end up somewhere in the low 40’s with whites, but Obama’s actually polling in the high 30’s.

John Sununu, Romney’s campaign co-chair, responded to Colin Powell’s endorsement of Obama by saying, “I think that when you have somebody of your own race that you’re proud of being president of the United States—I applaud Colin for standing with him.”

Sununu was trying to be snide. But there he is, standing with Mitt Romney. Just like Donald Trump and Clint Eastwood and Buzz Bissinger and Meat Loaf—one aging white man after another. It’s a study in identity politics.

White people don’t like to believe that they practice identity politics. The defining part of being white in America is the assumption that, as a white person, you are a regular, individual human being. Other demographic groups set themselves apart, to pursue their distinctive identities and interests and agendas. Whiteness, to white people, is the American default.

This gets to a piece of what was so frustrating about Jesse Washington’s much-derided Associated Press article about the reasons why Negroes vote for Obama: it assumed the racial objectivity of white voters (both as the baseline to measure other groups’ voting and in taking as a given the “rationality” of how white folks make electoral choices) in a way that would have been detonated by even a cursory glance at the last few decades of American history. Because of the G.O.P.’s difficulties courting nonwhites, Romney’s only feasible option was to go aggressively after white voters. And he’s done that: the Washington Post reports that 91 percent of Romney supporters are white. That this courtship is not covered as racialized is probably related to the fact that the folks who cover politics for major news outlets are very much part of this American default, and therefore don’t see themselves as raced.