Student Debt; A Heavier Load for Young Borrowers of Color 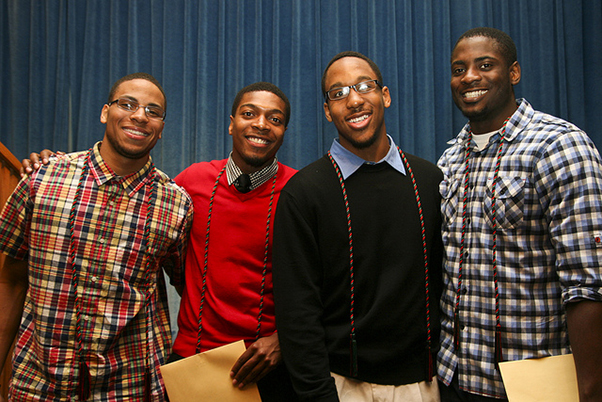 By now, just about everyone knows how far reaching the impact of student debt is. A recent report from Pew found that it now affects 1 in 5 households, but what doesn’t get as reported on as frequently is it’s disproportionate impact on borrowers of color. Make no mistake, student debt isn’t just an education issue, it’s a racial justice issue, too.

The most recent numbers estimate that 37 million borrowers and their families are affected by student debt and total student debt has already surpassed credit card debt and auto debt, hitting the $1 trillion mark recently according to some estimates. Student debt can overwhelm young borrowers and for so many, it stands squarely between them and their middle class aspirations. And like so many problems the country faces, people of color are hit the hardest.

Campus Progress and the Center for American Progress recently released a report entitled “The Student Debt Crisis,” detailing the history of student lending, the factors that led up to the crisis, and the overall impact student debt is having on young borrowers and their families. The report also outlines how young people of color are dealing with this looming economic crisis that has so far only served to aggravate the preexisting racial gaps in higher education and economic opportunity.

Here are some the ways students of color have been hit hardest by student debt:

Simply put, young people of color are borrowing more and at higher rates to finance their college education, than their white peers and this is a key reason why racial gaps in educational achievement — and consequently economic success — persist.

The hope is that their degrees be used as a vehicle for upward mobility— but too often the debt is overwhelming and slows the progress that normally comes from a college degree. Decades after the civil rights movement and desegregation, racial gaps in employment remain and this is a major factor contributing to it.

Last spring, millions of young people graduated from college, but many with loans had to start paying off them off almost immediately, leaving scarcely any time for them to find a good job and get on their feet. The impact of this can be tremendous as it comes during the crucial tender years of a their career when the jobs they take now will have consequences for years to come.

Many who face increasingly large payments as the interest adds up are tempted to take the first job they find, often lower-paying than they would be able to secure in a stronger economy. Indeed, this trend is so widespread that even those who graduate from top universities are pressured to settle for such jobs, often outside of their fields of study.

But for many young people of color, the battle between balancing student debt, educational goals, and procuring a job begins even before they’ve considered enrollment. As highlighted above, 74 percent of young Latinos chose not to go to college because of they didn’t have the money and their families were unaware of the financial aid options available to them, including student loans.

Once enrolled in college, the battle to stay there usually comes down to whether they can overcome the rising costs of tuition, shrinking financial aid resources, and mounting debt. With other options for financing higher education— like Pell Grants— under siege, young students of color who’ve relied heavily on these resources are faced with the real danger that they could shrinking or disappear altogether and be forced to turn to, often unaffordable, student loans to make up the difference.

The student debt so many young people are graduating with today means they’ll be spending less, which is especially bad news for a recovering economy that relies on consumer spending for 70 percent of the activity that fuels growth and hiring. According to the Federal Reserve, this includes major purchases as the number of young people getting mortgages has been cut in half in that last decade. Just 9 percent of 29-to-34-year-olds got a first-time mortgage from 2009 to 2011, compared to 17 percent in 2001.

I once wrote that a job deferred, is “a dream deferred two years ago” in reference to the high unemployment rates young people of color faced in the wake of the recession. Degree in hand, the young men and women I interviewed at job fairs and resume workshops would recount the dozens of job leads, and interviews with prospective employers that ended up going nowhere.

Securing a job is just the tip of the iceberg when it comes to gaining economic security. If we continue to hinder young Americans, particularly young borrowers of color whose avenues to the middle class are already obstructed—by aggressive community policing policies, high dropout rates, and zero-tolerance school disciplinary procedures—with unsustainable ways to manage student debt, we risk leaving an entire portion of our generation even further behind than the generation that came before.

Policymakers not only need to push for sensible game-changing solutions, like letting young borrowers refinance their student loans or getting shifting some accountability on schools to vet out predatory private educational loans, but they need to tool these industry regulators in a way that protects the most vulnerable borrowers who will soon be a majority of the backbone for our consumer-based economy.

Naima "Nai" Ramos-Chapman is the Associate Editor at Campus Progress, a dancer with Taurus Broadhurst Dance in D.C., and an aspiring visual artist (she doodles). Follow her on Twitter and Instagram @Naimaramchap.

Latest posts by Naima (see all)