Home » Browse PostBourgie » The Rise of ‘The Rise Of Black Nerds.’

The Rise of ‘The Rise Of Black Nerds.’ 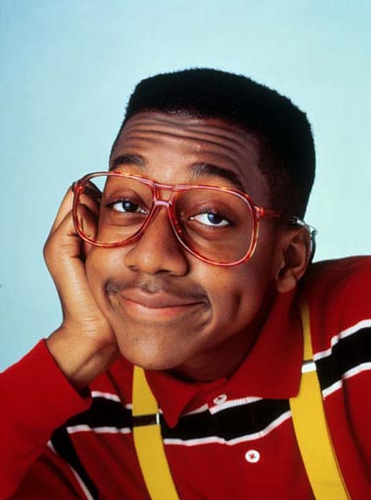 This topic is going to become an evergreen along the lines of “Pretty blonde goes missing in August” and “Is the Internet trying to do sex to your children?”

From the Tampa Bay Times on Monday:

We’re a little different than the white guys you’ve seen in Revenge of the Nerds movies and the Big Bang Theory. Once we were caught between expectations from white folks that we should be cooler than we were and disappointment from black folks that we liked Star Wars and computers rather than (or alongside) hip hop and sports.

But these days, the worm has turned and black nerds rule pop culture — the ultimate story of triumph over the bewilderment of two cultures.

From CNN in March:

Black nerds, aka “blerds,” is a way to describe African-American intellectuals in a time when it’s finally cool to be something other than an athlete or rapper. “There have long been African-American intellectuals,” said Harvard professor Henry Louis Gates Jr., whose new genealogical show, “Finding Your Roots with Henry Louis Gates Jr.,” debuted last Sunday on PBS.

“The difference with my generation and those after is that there are more of us in the spotlight,” Gates said. “With my PBS specials, I drew a record 25 million viewers. I wouldn’t have been able to do that without the platform I have.”

“It’s good to see black intellectuals do well,” he said. “We as a people are a whole range of things, and we’re finally starting to see that reflected in the media.”

Because there is a growing number of prominent and successful people considered blerds such as President Obama, Gates and astrophysicist and PBS star Neil deGrasse Tyson, TV viewers are starting to see more and more blerd-type characters on their favorite comedies and even children’s programs.

“I’m a black nerd and that was illegal until 2003,” joked Donald Glover in one of his Comedy Central standup specials.

On NPR in January:

Obama, Peele goes on to say, was the best thing to happen to black nerds everywhere.

“Up until Obama, it was basically Urkel and the black guy from Revenge of the Nerds — Lamar,” says Peele. “Other than that, we had no role models. So he made us cool.”

Nerds are traditionally the target of bullying taunts in American grade schools, but usually for having thick glasses, being a know-it-all and having an obsession with niche topics. But as a black nerd, the teasing takes a different direction.

“Part of being a nerd is understanding, ‘Hey, you’re different,’” Lewis said. He went to grade school in private schools, which were predominantly white.

“There were very few black people there anyway,” he said. “But being the black guy who’s a geek made it weirder.

“I got a lot of ‘Hey, you’re not black, you’re white’ comments,” he said. “That actually really did bother me, and it still does.”

It was his ability to use computers and love of technology and anime that led classmates to tell him he was “white on the inside,” he said.

For Lewis, being a nerd became an identity crisis. He cites comedian Donald Glover: “It just recently became legal to be a black nerd.”

A coalition of African-American activists and scholars released a strongly worded statement Monday citing the “urgent need” for popular media to depict a new black nerd archetype that more accurately reflects the full spectrum of 21st-century American dorkdom…”They may not carry slide rules and calculators, but they do carry smartphones to make posts on Twitter, Facebook, and Foursquare,” the statement continued. “Yet where are the modern-day nerds of color in our films and television programs?”

According to the Dweeb Diversity Coalition, nerds in the African-American community continue, like their predecessors, to be socially awkward, hilariously unstylish, and a source of embarrassment for their cooler black friends. But a recent survey of pop-cultural archetypes found that in the current TV lineup, almost all nerd characters are white.

Sanctimoniously in HuffPo in 2010:

However, this is not a psychiatry session. I’m not looking for anyone’s pity about my past. But I understand why kids want to be so cool, so badly. When you think of how Steve Urkel was never given the time of day by his counterpart, Laura Winslow — until he morphed into his “cool” alter ego Stefan Urquelle — you can see why some black boys in the inner city don’t want to be smart. ..

Instead of talking about the problem, I want to be part of the solution. I pledge to be that black nerd who shows young men that there’s a world outside of music and sports.

The election of Barack Obama may have had what we’ll call The Urkel Effect. Takeaway Contributor and Senior Editor at Essence Magazine, Patrik Henry Bass says the rise of the bookish President may clear a path for people once maligned as nerds and bookworms.

And he says that may have a particularly strong impact in the black community, especially in conjunction with the rise of authors such as Colson Whitehead and Trey Ellis.

They’re neither co-opted conservatives nor keep- it-real black nationalists. Their politics are questioning, not exclusive. Rejected or misunderstood by blacks, whites, and nearly everyone else, their view of race matters balances the sins of America’s past with hope for an internationalist future. And since both Martha Stewart-brand whiteness and ghetto-fabulous negritude are in remission, the culture is now giving mad props to black nerds. …

Studying at elite institutions has alienated these Afrodemics from blacks who see higher education as whitewashing. Yet their views still cause mainstream whites to ostracize or misunderstand them. Isolated from both camps, and even each other, they’ve developed an independent party of race politics with an intellectual bent. All that isolation and scholarship are what classify them as nerds. None of them object to the label. Southgate embraces it: “In high school, I never found my way into the black social circle, but I never felt fully comfortable in white social circles either. I certainly am a nerd!” For Southgate and others, righteous anger usually takes a backseat to curiosity, compassion, and a dash of world-weariness. “People ask me at readings to provide answers to this conundrum,” she says. “I don’t really have any. I’m just interested in exploring that tension.”

There’s even a dating site for all these special snowflakes just looking for love in this workaday world. Just for shits and giggles, I set the search parameters at people between the age of 18 and 80 with no specified areas of interest and six profiles came up — which appear to be the only six profiles on the entire site. (All the good ones is taken!)

So after reading these pieces, I’ve learned that Obama is a black nerd and so are Key & Peele and Issa Rae and Donald Glover and Henry Louis Gates and Colson Whitehead and Aisha Tyler and Kanye West. So basically anyone who has ever read a book and who is neither LeBron or Beyonce.

@geedee215 u don’t supplant the thug w/ the blerd & say it’s progressive. it’s still reductive and limiting. not sure y that is hard to get

@geedee215 it’s a pet peeve of mine becuz i don’t identify w/ Donald at all. but i’m told he’s my mascot. poor guy. too much power.