Home » Browse PostBourgie » Do Athletes Need to Stand Up?

Do Athletes Need to Stand Up? 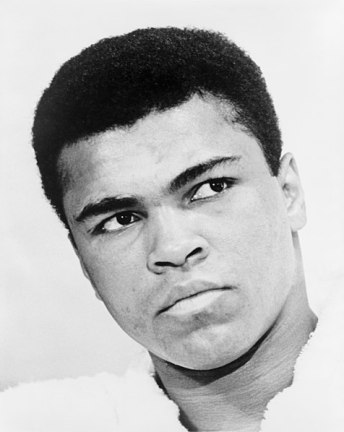 Jamilah King has a good post up at ColorLines that ponders what, if anything, is required of athletes when it comes to political leadership.

As professional athletes have risen in media exposure and income over at least the past four decades, so too has the call for them to take center stage in some of the country’s fiercest political battles. It’s a call that’s colored largely by the fact that many of America’s best and brightest professional athletes are young black men, many of whom have seemingly beaten the odds and risen from poverty to stardom.

“The era when we think about athletes speaking out was the 1960’s and 1970’s, when you had mass social movements in the streets,” said Dave Zirin, a sports columnist for The Nation and author of Bad Sports: How Owners Are Ruining the Games We Love. “It’s wrong to expect athletes to speak out in greater numbers without movements that exist in greater numbers.”

The premise for this call, of course, is that pro athletes have a tremendous amount of money and cultural cache, and that their influence is even bigger than that of politicians or movement icons. A 2008 Forbes list of the Most Influential Athletes summed it up this way: “When Shaquille O’Neal talks, people listen.”

“Professional athletes, and certainly at least smart athletes, really understand that all athletes are brand images,” said Daniel Durbin, the director of the Institute of Sports, Media and Society at the University of Southern California. “The most dangerous thing you can do for a brand is politicize it.”

Etan Thomas of the Atlanta Hawks makes an appearance in this piece, as Thomas is wont to do in pieces about politically outspoken athletes. But — and this is going to sound meaner than I intend it to  — Etan Thomas sucks, which is kind of a big deal in this instance. That he spends his time taking stands on issues that generally fall in line with liberal orthodoxies is commendable if you’re a fan of liberal orthodoxies (and writing terrible poetry if you’re a fan of same). But because he’s not a very good or very famous player, the pecuniary stakes for him doing so are pretty low. The calculus is very different for LeBron James, who is the best basketball player in the world, and accordingly, boasts a huge portfolio of endorsements.

Relatedly, over at the Root, Zack Burgess argued somewhat sanctimoniously that today’s black athletes have failed to pick up the mantle of the  outspoken athletes the 1960’s and 1970’s.

This came to me when I saw that a 69-year-old Muhammad Ali, who’s handicapped with Parkinson’s disease, had sent two letters to Iran’s supreme leader, Ayatollah Ali Khamenei, seeking the release of two detained U.S. nationals, Shane Bauer and Josh Fattal. I couldn’t help but be saddened and wonder where the voice of the engaged, passionate and socially conscious athlete had gone. Why does Ali have to do this? Where are LeBron James, Donovan McNabb and Derek Jeter?

What we presently have is a plethora of walking and breathing companies that refuse to come down on the side of any issue, just like a Fortune 500 company that contributes to both political parties, no matter the outcome.

But we also have a generation of athletes devoid of personality, which makes it even worse. I wonder how so many sports stars can live with themselves and consistently ignore the issues of today. Let’s do a moral inventory of the problems that have affected, and continue to affect, us globally.

Burgess uses Ali as an example without acknowledging the historical context in which Ali lived or that Ali himself wasn’t an outlier among athletes. (He was, at one point, the most famous athlete on the planet and possessed an uncommon charisma.) Every black athlete wasn’t Ali or Jim Brown or  Bill Russell in terms of notoriety or principle, and those guys were all speaking out against  an issue — soul-crushing American racism — that was a reality of their daily lives. In that world, being black and talented and unapologetic about it was itself a political act.

It’s also worth remembering that Ali, diminished by illness, was hardly a universally beloved figure when he was younger. There’s an argument to be made that in the post-Michael Jordan world Ali couldn’t  even have become Ali. There are more media outlets clamoring for slivers of the public attention, which is a far cry from the times when title fights were carried live on radio and breathlessly hyped on the front pages of daily papers. The reason millions of people who don’t watch golf or sports even know who Tiger Woods is because of a ubiquity afforded him by his many paid endorsements in a variety of media — endorsements he almost certainly wouldn’t have if he said anything remotely controversial. Or like Ali, chilled tough with the Nation of Islam.

This isn’t an apologia for LeBron or whomever. I don’t know if his general silence on major issues is a cynical concession to building his brand. It’s equally possible that he — like many people who aren’t in the business of being paid to have an opinion about Issue X — doesn’t really care about any of these things. But I’m not ready to chalk up their silence to moral cowardice. Or at least, a moral cowardice that is somehow unique to athletes.