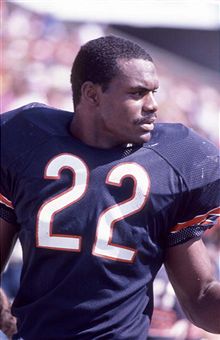 A few weeks ago, Nicole, G.D., Joel and I sat down to chat about football, how much I hate it, and whether it’s rendering too many young men disabled, depressed and handicapped at young ages. (The convo was sparked by the news that Dave Duerson, a former NFL player and players’ union official, committed suicide, and suspicions that his deterioration was caused by football-related brain injury.)  Joel talks about his high school football days, and a vicious hit that left him with a concussion, and we try to figure out whether there’s any way to make the sport safe.

We also talked about the furor over at NPR, which almost took money from imaginary Muslims! Nicole wonders if NPR would be better off not taking any public money so that its decisions wouldn’t be so politicized.

Forgive us for the delay, we had some technical problems with this one, though it updated to iTunes last week. If you missed it, though, you can find it below:

PostBourgie: The Podcast – #16: All Dings Considered.

Chris Nowinski, a former Harvard football player and WWE wrestler, discusses his  history of concussions and his organization which tries to raise awareness about the danger of concussions.
Duerson’s autopsy report is released.
“Does Football Have a Future?” New Yorker feature on whether the new understanding of brain injuries will destroy the N.F.L.
James O’Keefe sits down with Bob Garfield of NPR’s On The Media, and things get testy.