It’s Black History Month again, which means the return of our super-educational series “Know Your History.” First up:  Alex Castellanos. 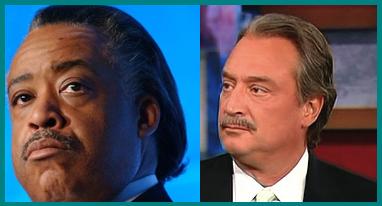 Alejandro “Alex” Castellanos is a member of the Republican party, political media consultant, and a former top media adviser for George W. Bush.  Born in 1954, Castellanos believed that he was fully Cuban, having fled from Cuba with whom he thought to be his parents in 1961.  He discovered the truth, however, when he ran into Al Sharpton at Tawana’s Crimp n’ Curl, where both men get their hair pressed and styled.  Unable to deny the uncanny resemblance, Castellanos asked his parents if there was any chance he may be related to Sharpton, and then learned that he and Sharpton shared the same father.  Castellanos has never gone public with this information, knowing that it will probably lead to him being kicked out of the Republican party, but he has made it his mission to surreptitiously integrate the GOP.