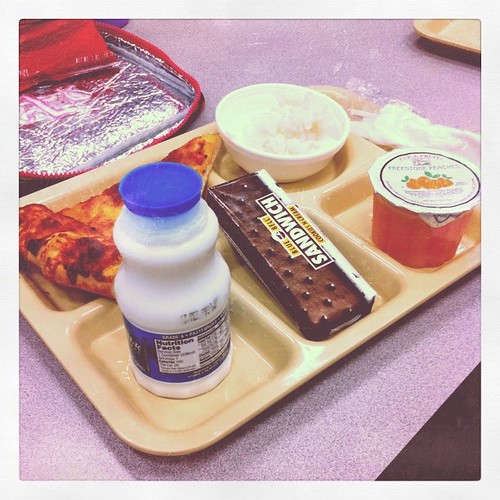 It took a lame duck session and some nasty compromises to do it, but the House finally passed S. 3307,  the Child Nutrition Reauthorization bill, which is aimed at feeding more children in school (and making that food more nutritious).   The Senate version differs significantly from the (better) House version of the bill (comparison here), and thanks to pay-go rules, raids the SNAP program — which provides poor people with food stamps  — in order to pay for an increase in school lunch reimbursement rates.  But it’s better than the status quo.  The Obama administration has promised to try and restore  funding to SNAP, but with Congress arguing over how much money we should give the wealthiest Americans, and some members of the GOP screaming “nanny state,” I’m not hopeful.

It’s a bittersweet victory- the SNAP funding raid is pretty really bad, but there are a lot of great provisions in the bill.  It improves direct certification, which makes it easier for kids participating in programs like Medicaid to be automatically enrolled in the free/reduced price lunch program, without having to fill out additional paperwork.  It increases reimbursement rates six cents (which is more than it sounds like, although still not enough) for school lunches, provides funding for Farm to School programs, allows the Secretary of the Department of Agriculture to set nutrition guidelines for ALL food sold in schools (not just what’s coming off the lunch line), and provides funding to increase participation in school breakfast and after school feeding programs.

It was a hard fight to get it passed, and I’m glad it did. Still, we have a long way to go.