Um, About That Rhetoric. 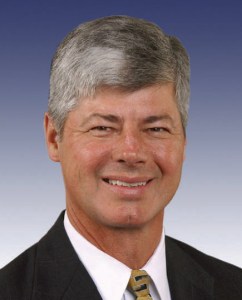 Bart Stupak is among the Democratic representatives who are reportedly receiving threats in the wake of the health-care bill’s passage, some from anti-abortion groups he says he believes are from outside his district.

Stupak says his offices have been overwhelmed by phone calls, most of them from outside his congressional district, and some of them distinctly nasty in tone.This is one of the calls: “You are —- punk, Stupak. That’s what you are. You and your family are scum. You oughta fill your pockets with lead and jump in the Potomac. Punk.”

Congressman Stupak says, because of the threats, he’s asked for additional security around his offices in Michigan and in Washington D.C.

The only surprise in the threats is that Republicans leaders are surprised, or at least feign surprise. Their violent rhetoric stirred up violence. And if Stupak is shocked that anti-abortion groups now equate his vote with baby-killing, he shouldn’t be. He’s the one who associated the health-care bill with abortion in the first place, though the rules preventing federal dollars from being spent on abortion were in place without his amendment.