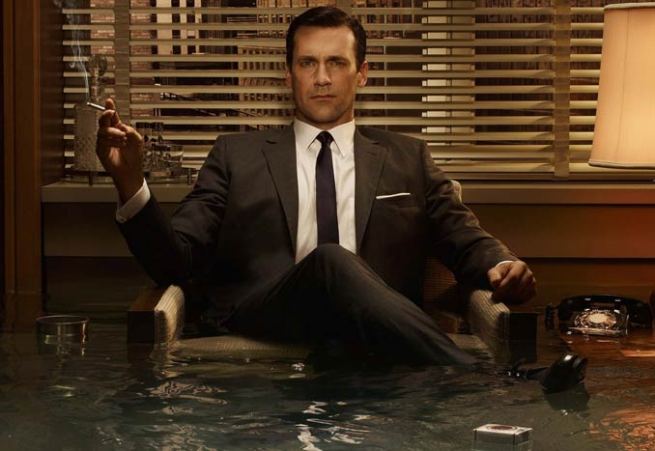 Don Draper has turned lying into high art, flitting between falsehood and sincerity so quickly that it’s hard to tell it’s happening, or even if he knows he’s doing it.

Peep the scene where he’s in the hallway with the stewardess on the way back to his hotel room. “I’m engaged,” she says. “On the other hand, you might be my last chance.”

His response is classic Don, sage and slimy all at once. “I’ve been married for a long time. You’ll have plenty of chances.” He then tells her it’s his birthday, which it is. She asks to see his I.D., and again, he obfuscates with no real tells. “That won’t help you.” He’s right. He’s not Bill Hoffstadt, as he she thinks he is. And his I.D. says Don Draper — and he’s not really Don Draper, either.

Another great moment. Don to Sal on the airplane, in his typical coded language: ‘Limit your exposure.” If the life you’re gonna live is a lie, best to learn from the master.

Latoya hates Pete Campbell, and nothing that happened in the first episode is likely to change that. Also, peep how Harry was stationed in Sterling Cooper’s tiny television division last season, which was clearly an afterthought at the company. But it’s the 60’s now, and he’s pulling rank.