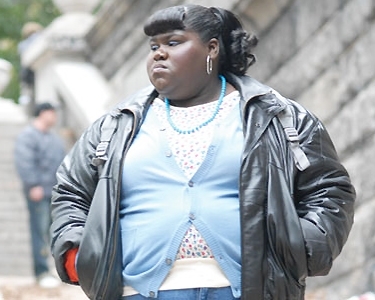 In grad school, I took an elective called Autobiografiction in Black, a course in first-person narratives illustrating a broad pastiche of Black life. The first novel we were asked to read was Sapphire’s Push. I read it in three days, growing more and more uncomfortable by the page. I had to take long, cleansing breaks after certain passages. Other times, I sat covering my mouth in disbelief at the central character’s myriad disfortunes. When the book finally ended, I wanted to hurl it across my apartment. My skin crawled for days and I felt betrayed by my professor. What possible reason could she have had for choosing this novel as the initial reading for her course?

Push is the story of Precious Jones, an obese and illiterate teen whose mother and father are sexually, physically, and emotionally abusing her. As a result of routine father-daughter incest, she is the mother of one child with Down’s Syndrome and is pregnant with a second. These horrifying occurrences are just the beginning of Precious’s troubles, but it’d behoove you to read the book to find out what else is going on.

Suffice it to say: Sapphire is relentless in her portrayal of this girl, who joins a literacy class and begins to slowly peek out from the cracks of her dark, shattered life and find a few rays of light.

People who love this book will tell you that it’s a triumphal story of hope in the face of brutality and despair. And it is. But for me, hope appeared too late in the work and retreated without a satisfying enough redemption for our heroine. I couldn’t stop mourning her abundance of tragedies, no matter what brief victories she won.

So when I found out Push was being adapted for the silver screen, I cringed at the prospect of revisiting Precious’s bleakly rendered world. I dreaded watching in technicolor all the awful things I’d imagined while reading. And I reeeally didn’t want to return to the hollowness that haunted the ending. What possible reason would Hollywood have for further dramatizing an existence as heinous as Precious’s?

It was certainly something to think about. Black American dramas have the tendency to pull their viewers into dark corners and assault them. The grittiest ripped-from-the-headlines realities and the woes so commonplace the news doesn’t bother covering them at all bogart their way into our fiction. Push will be no exception and I wasn’t sure if I should be pleased about that.

Then I found out Mo’Nique was gonna star as Precious’s mom and I thought, “Oh. It’s gonna be one of those movies.” I thought, “They’re gonna sanitize it, make it more watchable than it was readable.” Other casting news cropped up: Sherri Shepherd would be making an appearance, as would Lenny Kravitz and Mariah Carey. Then, word got around that Paula Patton would be Ms. Rain, Precious’s literacy teacher and guileless mentor. It began to sound like something that would air on VH-1 on a Sunday afternoon.

Push shows us how a young woman who is nothing but a thick, bruised wall of walking scar tissue slowly emerges, pulling herself out of her living hell, and Daniels demonstrates unflinching daring as a filmnmaker by going this deep, this far, this ruthlessly into the pathologies of rage and dependence that can still linger in the haunted closets of impoverished African-American life. Push is one of those films that make you think, “There but for the grace of God go I,” but it’s a potent and moving experience, because by the end you feel you’ve witnessed nothing less than the birth of a soul.

And then: Push swept the Sundance Film Festival Prizes. It won both the Audience and Grand Jury awards in the U.S. Dramatic Competition, as well as a Special Jury Prize for… Mo’Nique(!).

Meanwhile, since Sundance was well underway when our 44th Prez was sworn in last Tuesday, the proceedings were saturated, for better or worse, with Obama shout-outs.

I really believe the reaction we’ve gotten to this movie is a direct response to Obama being elected. I believe white guilt — whether it was right or wrong — dissipated. Now, screening this film for an audience that’s predominately white, they loved it. There was a white man there, 60 years old, you wouldn’t think he’d relate to any of us. He said, ‘I come to this festival all the time. I’ve seen maybe 75 films. This is the best one I’ve ever seen, and the only time I’ve cried in a movie.’ In that crowd in Salt Lake City, it felt like we were all one. I’ve dealt with racism in my way, and it was a healing experience to stand in front of that audience and be embraced, and loved. And I really believe that’s because we got over a major hump in America when we elected Barack. I don’t know if this movie would have played that well a year ago, or five years ago. I think it’s right on time.

These sentiments were tempered by her director, who opined during one of his acceptance speeches:

I think [this win] means there’s hope for people of color. Just because Obama’s president doesn’t necessarily mean it’s going to translate down to our world of cinema. And I think what it does is reiterate and strengthen this power of, Get yourself a freakin’ video camera. And you go out and tell your truth. That’s what I started doing as a kid, and I think inevitably, it led to this. It’s just so much hope.

Push has yet to find distribution, which means that no wide release date has been decided. But with all its accolades, it’s certain to hit theatres in the not-too-distant future.