Home » Browse PostBourgie » The Obamas as The New Huxtables.

The Obamas as The New Huxtables. 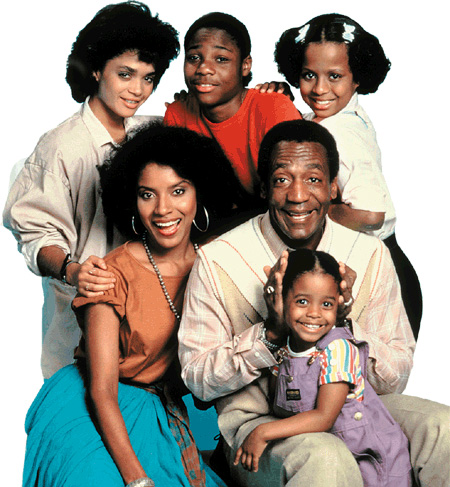 We’ve touched on the idea (and the holes in it) before, but the meme — the Obamas as an aspirational model for black families — has really started gaining steam.

America has often viewed the black family through the prism of its pathologies: single-family homes, absentee fathers, out of wedlock children, they say. Or they’ve turned to the black family for comic relief in television shows such as “Good Times” in the ’70s or today’s “House of Payne.”

But a black first family changes that script, some say. A global audience will now be fed images of a highly educated, loving and photogenic black family living in the White House for the next four years — and it can’t go off the air like “The Cosby Show.”

“The last time we had an image of a black family that was this positive it was “The Cosby Show,” but this is the Real McCoy,” says Jacqueline Moore Bowles, national president of Jack and Jill of America Inc., a predominantly black organization for youths.

There are a lot of problems with the piece, but the biggest one is that its underlying premise is pretty shaky. “The Cosby Show” (which seems to be prominently mentioned in every article like this; there’s a similar, equally egregious article here)  was supposed to have been corrective to the way black families were viewed by the wider world. But here’s the problem with trying to combat stereotypes: a person who wants to believe in black pathology, be they white or bourgie or whatever, is perfectly capable of respecting ‘the Obamas or the Huxtables’ and thinking them separate and apart from “pathological Negroes.”   You know, you’re not like the rest of them.*

The Cosby Show’s effect on black people’s family lives is also wildly overblown; it did not lead to in any measurable uptick in the rate of black marriages or a reduction in out-of-wedlock births. The same will almost certainly hold true for the Obama family.** These arguments suggest that media imagery is more powerful than economic and social forces, that these issues are  the result of some widespread lack of imagination on the part of lower-class Negroes, and all that’s needed to offset those things is a  steady diet of high-profile black “wholesomeness.”

Aside: Something that’s (perhaps inadvertently) telling is who gets to be the arbiter of ‘positive’ portrayals of black life. (In real life, there’s a good chance that Theo, Denise et. al would have been Jack and Jillers, so it’s not surprising that Moore Bowles approves of them.)  I personally think both “House of Payne” and “Good Times” are  toweringly unfunny shows, but it’s obvious that a major reason those shows wouldn’t be considered “affirmative” portrayals of black life has a lot to do with the social class of the characters they portray.

** Though it’s possible that policy decisions during the Obama administration could nudge those numbers in one direction or another.

“They are not here to entertain us,” says Young, a New York Press columnist. “Michelle Obama is not sitting around with her girlfriends saying, ‘My man ain’t no good.’ You’re not seeing this over -sexualized, crazy black family that, every time a Marvin Gaye song comes on, someone stands up and says, ‘Oh girl, that’s my jam.’ “

Um, WTF show is this cat referring to?