When Work Just Works Out 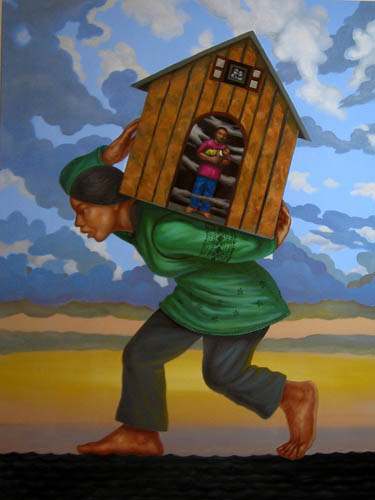 A few years ago, when I was in journalism school, a friend of mine went to a panel of members of the Pulitzer Jury hosted at the school. She asked the panel members how they had managed careers in journalism, the brutally long hours and low pay, with their personal and family lives.

The men, many of whom had worked at several newspapers around the country, said it had always just worked out. One said his wife was a teacher, and she could get a job anywhere. Yes, there were long hours and demanding schedules and sometimes assignments far away, but most of them said their personal lives had just turned out ok.

The sole woman on the panel, an editor at a mid-sized city’s most prominent daily, said, “Actually, I’m divorced.” For my friend, and, by extension, me, this was maddeningly telling. It’s not so much that the men on the panel had clearly, continually made career decisions with their own interests trumping everyone else’s. It was that someone, i.e., their wives, in their lives had routinely made sacrifices and they didn’t even realize it. No, things just don’t turn out ok. Someone makes them so.

I was reminded of that when I read Tom Colicchio’s blog entry about the first woman to win the reality show contest he judges, Top Chef:

“Right or wrong, men plunge into their careers without much thought about how they’ll navigate the work/family balance. They assume someone — spouse, parent, paid caregiver — will materialize to take care of it (and usually someone does.)”

I’ve argued before that childcare and other domestic work is undervalued, and it is. But why is it, on a cultural level, the women who realize this? Why do we still make sacrifices every day that in the long-run make us unhappy but that men (as a whole, obviously not all men) don’t even seem to notice? And what do we do to fix it?

Communicating better seems to be the first thing, and a better division of labor. Maybe we’ll learn about it through same-sex marriages. In the meantime, if you’re in a relationship or a marriage or a partnership of any sort, man or woman, think about whether you’ve ever thought about, constructively, the ways your career choices will affected your household before you make them. If you haven’t, I’ll guarantee someone has.