The Amanda Marcotte Controversy: Race in the Feminist Blogosphere. 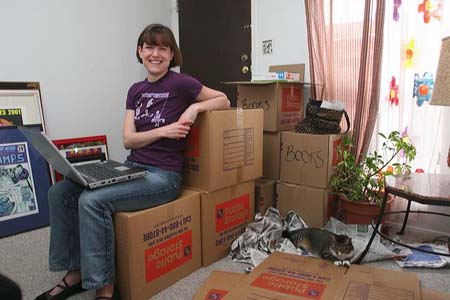 BrownFemiPower is a well-respected, much-read blogger who took up the mantle of immigration as a feminist issue on the innanets.

Amanda Marcotte, another well-respected, much-read feminist blogger (who is no stranger to controversy) wrote an article for Alternet that some some people say borrowed liberally from an uncredited BFP (of whom Marcotte was admittedly a regular reader).

Since then, BFP’s site has been taken down.

Complicating all this is the fact that Marcotte is white, and her alleged sponging of BFP’s work is seen by some as another example of the marginalization of the intellectual work of feminist women of color. (And it’s pretty inarguable that, Marcotte’s article, appropriation of BFP’s work or no, goes to the issue of whose voices are recognized when telling stories about people of color.)

It’s possible here that Marcotte did what we’re probably all guilty of doing: having back-and-forths and synthesizing our ideas with those of the folks we’re building with. But it’s also possible that it went way beyond innocent osmosis. But Marcotte also didn’t help the situation by vigorously digging a deeper hole for herself in the comments section of a very thoughtful post on Feministe about this whole unfortunate episode. (Her tone is generally on some ‘y’all-are-angry-haters-and-fucking-up-my-good-name.’) Indeed, staring at the redwoods, missing all the flora.

What’s frustrating as a latecoming, casual observer to this fracas is that feminism can be such a hard sell among black folks, even among social justice-types for whom it would ostensibly seem a logical extension of their worldviews. I’ve had conversations with people who have more or less said that feminism for middle-class white women; it’s not ‘our’ issue. But the converse is true of many feminists, who clearly see race and class as someone else’s issue.

And so I withdraw myself from this “movement”.

And I reject and rebel at the label “feminist.”

I purposefully and deliberately burn all bridges to all people/movements with the purposeful and deliberate awareness that I will build bridges again, but ONLY WITH a person/movement and only if those bridges require no body parts to build.

And I do so without rejecting the absolute necessity of a gendered analysis of media justice, violence against and within communities of color, etc. Because if you think I haven’t noticed the gendered dynamics written all over this fucking blow up, you’d be 100% wrong.

One last note—to all those who are concerned that I’m just “giving up.”

But at the same time, my goal has never been to “not let them win.”My goal has been to end violence against women of color.And while I think that erasing an entire community through words is violence—at the same time, I personally don’t think that making a battle about me and X and winning is the route I want to take to achieve my goal.I want to do something different—but I need time to think about what it is that I want to do.And I want to think about it from a position of health and strength—but let’s be real.Sifting through comment after comment and post after post about how I obviously think I’m Sigmund fucking Frued does not promote health and strength and clarity.It does nothing for me but waste time and energy and personal resources.

Furthermore, I can not relax and contemplate while I worry about how my own words are being used to destroy me in the blogosphere (yes, I noticed all the little rodents sniffing around my archives looking for evidence that I am a plagiarizing bitch that is just out to get white women).

Trust me when I say that I have treated my archives gently and with the respect they deserve.

I realize now that “feminism” and I stand in direct opposition to each other—that the feminists who aren’t actively working against me and my community are, like Seymour Hersch, few and far between.

This has caused a radical shifting in my thinking.A shifting that I have no desire to work through online—but that I need to think through before I can act. I am not giving up.I am just thinking. And resting.And reading my beloved books and soaking my tired dogs.

Cuz giiirls, my dogs are TIRED.