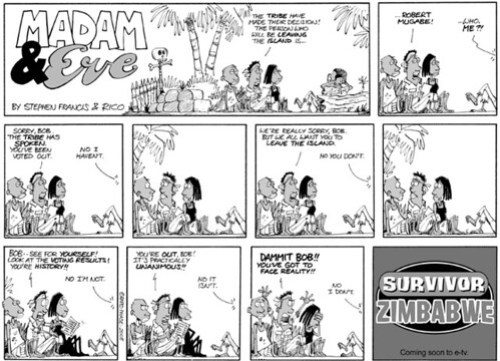 If you’ve wondered why Robert Mugabe would still be a competitive candidate in Zimbabwe, or even a candidate at all, the Mail and Guardian newspaper based in Johannesburg has a piece today answering that question.

Mugabe’s mystique is a complex thing. In rural areas, and even among urban residents, his liberation credentials and black empowerment rhetoric, especially about land, still has resonance.

And for many, Zanu-PF is more than just a party; it has been an institution, even a way of life, for decades. For many, voting for Mugabe was less about issues than it was a ritual and a tradition.

Read the rest of the story here.