The Gender Speech That Won't Happen. 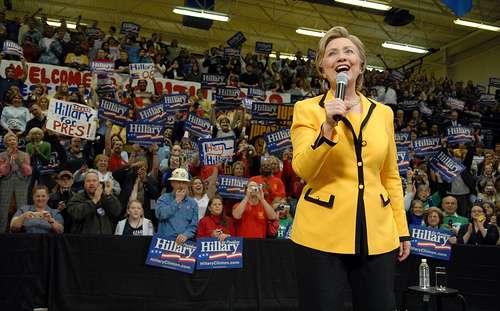 A few years ago, the parents of a childhood friend of mine were going through a divorce. Her dad had had an affair with a woman who worked at a bank, whom everyone knew, and everyone knew it. It had gone on for some time, and my Arkansas hometown is a small one. The divorce was long and messy. The wife got the house, but not the alimony she wanted. The judge told her frankly that she would have to get a job. This struck everyone in my town as fair. People just have to work, they said.

Everyone but my mom. No, she pointed out. At some point, this woman and her husband had made a deal. She wouldn’t or couldn’t go to school, and would stay home and raise their two daughters instead. This would enable him to go off and work on an oil rig in the Gulf of Mexico for months at a time, where he could earn more money than either of them could in our little town. It was a contract, a sexual contract. Suddenly, he broke it. This wasn’t fair to her, my mom pointed out. After more than twenty years out of the labor force, what kind of job was she supposed to get? And why did she have to alter her life significantly in her 50s, while he got to start over?

My mom had made a similar deal. She had a county government job when I was very young, but after having her third child, the downside quickly became apparent. She didn’t really earn enough money to pay for child care for the three of us, and my dad clearly wasn’t going to do his part in the house. Besides that, if you sat down and crunched the numbers, dad’s physical labor as a plumber was worth more in the labor force that mom’s was behind a desk. It made more economic sense for her to stay at home. The bitterness of that decision must have bubbled under the surface and fueled my drive to achieve, but I had never heard my mom articulate it so clearly before.

Another, much more prominent Arkansan made a similar deal, and it looks like she may get the rawest deal of all. So why isn’t she talking about it?

When Barack Obama gave his powerful speech on race, I was genuinely moved. I had been tempted to vote for him before, but this put me wholly into his camp. I listened to it over and over again. I didn’t just want to vote for him, I wanted to do more. It was intelligent, nuanced, and honest. I thought that, whatever else an Obama presidency might bring, it at least has the potential to bring this refreshing openness, at least occasionally.

And my second thought was, Clinton is never going to give this kind of speech about gender, which is another talk we desperately need to have. Maybe she doesn’t think she needs to be the one to do it. Maybe there’s no “scandal” to force the issue. Maybe people don’t see a gender divide any more. But I think she is just too cautiously political. Gone is the young feminist who went to Wellesley. (She would have voted for Obama.)

But we are a nation that still hasn’t had a female president when many other countries have, including countries we tend to believe are backward-thinking regarding women. Women are horribly underrepresented in Congress. And, if you believe the controversial article in the New York Times a few years ago, some young women are willing to enter into the same kind of contract that their mothers did.

The conversation on gender in America was never finished. We talked about how women should have equal opportunity, but they forgot to tell us, with the indignant anger my mom suddenly mustered, about why.

We also talked about entering the public sphere, but we never talked about the valuable work women had been doing before, at home. Even Karl Marx knew that a capitalist economy depended on someone being at home to raise the next generation of laborers while someone made widgets. That’s the basis of Carol Patemen’s book, The Sexual Contract. But that work never entered into the equation. Even today, you can get paid for cleaning someone else’s house and raising someone else’s children, but there isn’t a wage value assigned to the work you do in your own home. It isn’t factored into the gross domestic product of any country, but it is probably where the most work is done.

So women entered the workforce, but, by and large, men never really entered the domestic sphere. People now talk about the strain of the modern working woman trying to have it all, but again, we never talk about this being a strain for men. Maybe men should spend more time at home, and less time at work. Maybe men should have to take paternity leave. Women have to, biologically, leave the public sphere for awhile after having a child. It reinforces how important becoming a parent is, by puncturing their lives. But men don’t have to take a break to concentrate on parenthood. Maybe, instead of women being paid more to close the gender wage gap, men should be paid less. We still haven’t changed the gender assumptions in the discourse on work and pay and parenthood. The way that we asks the questions reinforces that it’s a man’s world. Our moms told us to get everything we wanted, but didn’t really tell us how to do it. No wonder women my age get tired and want to stay home.

Clinton has garnered the votes of more women in many states, and voters they say it’s partly because they think she might be able to understand their particular world view. But unless I missed something, there aren’t many times when she actually shows that. I’ve heard her say a lot about how the world has changed for women, but not a lot about how it hasn’t.

She’s played gender partly for sympathy. She’s said the boys were picking on her, and the sniffle heard round the world in New Hampshire became her “own voice.” She was softer and more human, all because someone asked her how she did it, and who does her hair.

We all know that that’s not what being a woman is about, particularly one as powerful, scrutinized, and trailblazing as Clinton. Unfortunately, we know that Clinton knows it too. That’s why it’s so disappointing.