Another Roundtable about Black Stuff…yay! 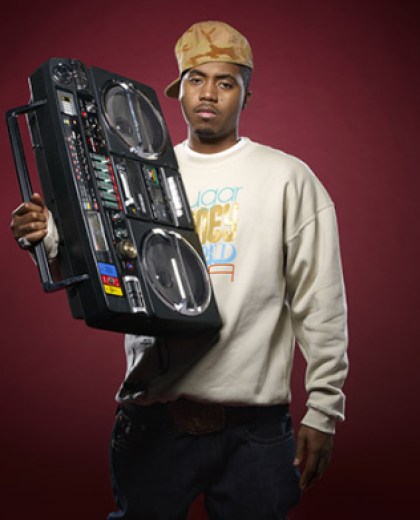 With undoubtedly good intentions, penned a roundtable feature in The Boston Globe on Nas, The N-word, the NAACP, and generational conflict in black America. State-of-black-America clichés ensued.

Roundtables are such lazy media devices: you get a bunch of people (preferably an even number), sit them around a coffee or office table, and have them discuss a bevy of issues they may not be terribly qualified to opine about in front of a camera or tape recorder. Some people like to fluff ’em up and call them ‘revealing looks into the minds of _______’. I’d be inclined to call them lunch, if lunch required trying to earnestly address every single issue affecting black folks in the space of few hours.

Yesterday I happened upon a Boston Globe piece by about, well, I’m not really sure what it’s about. But it was a roundtable, so I guess it was about everything. Once the writer got the flimsy news peg (the ‘controversy’ over Nas’s unfortunately titled upcoming CD), the baseless and unprovable generalizations (“Tension between the hip-hop and civil rights generations has been brewing…Lately these clashes have become more frequent”) and the obligatory Bill Cosby reference out of the way, we were allowed get down to the important business of discussion.

“They discussed the impact of a materialistic society, the effect of the urban public-education system on youths, and the lack of a common sociopolitical goal* within the community**,” Jones wrote. Uh oh.

And of course, it read as these things always read. The halcyon days of the Civil Right Movement? Check.

“There’s a real difference, and I don’t think it’s about the music,” says Mel King, a longtime community activist and former state representative who now heads the South End Technology Center. “We were involved in the ’60s, the ’50s. It was like a common direction. The common direction was the civil rights movement, desegregation – it was very clear.”

Reminiscing about the good old days when money was tight — but so was the ‘hood? Check.

When Karen Payne, 56, and Scherazade Daruvalla King, 40, compare the stories of how they were raised, it shows the impact of those changes. Payne, who is president of the NAACP’s Boston branch , remembers growing up in a 416-unit complex in Hartford; she lived in the only building filled with black residents. “There was always someone watching out for you,” says Payne, “so there always was that love.”

Daruvalla King experienced that tight-knit community growing up in a rural Texas town. “We lived in a trailer house,” says Daruvalla King, founder and executive director of Project: Think Different, an organization launched in 2003 that uses music, film, and online media to get disenfranchised people interested in political and social issues. “We were very poor, but we were rich in family.”

But wait. Aren’t we missing a little bit of tasteless, unchallenged hyperbole?

Ernesto “Eroc” Arroyo, son of former Boston city councilor Felix Arroyo and member of the rap duo Foundation Movement, uses lyrics to educate. In one song, Foundation Movement raps about the plight of the upwardly mobile: “We go to these universities and get their degrees, but we’re still on the plantation.”

Ah, there we go. (Also, “raps about the plight of the upwardly mobile”? Guess Nas was right.)

The young teacher did make an interesting point about the way kids are socialized in inner-city schools; It’s a serious issue that needs to be addressed. Maybe we should have us a roundtable.

*Should black people even have a common socio-political goal? If that question was asked, it wasn’t in the story.

** Can 30 million people scattered across 3,000 miles with different politics, religious beliefs, political outlooks and even different languages be considered a ‘community’?  Part of a diaspora, sure. But a ‘community’?