Home » Browse PostBourgie » #36: What It Means to Lose a School. 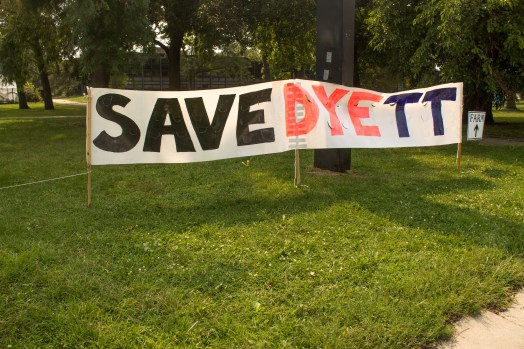 A few years back, I was walking down 16th Street in Philly with Tracy when I nudged her to walk with me to my old elementary school on Lombard Street. It was still there,  looking all austere and gray-brown like any proper century-old Philadelphia public school building. It seemed much smaller now that I was grown. But that’s not the  only thing that changed: Thomas Durham Elementary was now something called the Independence Charter School. Not too long after that, I learned that my middle school had also undergone the same conversion to a charter school run by a private company, complete with one of those vaguely defensive and oddly sanctimonious charter school names with too many words,  like No Excuses For Success in Education And Life Academy Center or something.  Even the name of the neighborhood I grew up in, now pretty solidly gentrified, bears a new moniker.

And I get it. Impermanence is a big part of city life. The corner store closes down. That hole-in-the-wall spot you love becomes a gastropub. The folks who live next door to you rotate out every other year. But schools are different. They’re the glue, the places around which neighborhoods and the people in them revolve. That’s why it’s such a weirdly vertiginous feeling, being from a place made up of landmarks that no longer exist. And it’s a feeling an awful lot of brown people in big cities have become acquainted with over the last decade or so, as cities have shut down struggling local public schools in order to turn them into charters or sell off the property, which in a gentrifying neighborhood might be prime real estate. When I wrote about this at the Day Job, my friend and NPR colleague Hansi Lo Wang, told me that his South Philly elementary school, G.W. Childs, had shut down, and folks on Twitter flooded my mentions to say the same.

That’s what we’re talking about on this week’s podcast, which you can listen to below.  Terryn and I sat down to talk to Jelani Cobb of The New Yorker, who went back to his former high school in Queens, which was recently closed down for good. Jelani was trying to figure out how the diverse, highly regarded school quickly deteriorated quickly after he graduated in the 1980s and soon became, to many, an example of why big, neighborhood schools can’t work. (Hint: MAYBE IT HAS SOMETHING TO DO WITH HOUSING SEGREGATION?)

And Eve Ewing of Seven Scribes came through to talk  about the fight to save Walter Dyett High School, the last public school open to everyone in Bronzeville, a historic black neighborhood on Chicago’s South Side. Protesters there had been staging a month-long hunger strike to keep Dyett’s doors open, and Eve says that the fight over the school has huge implications for the neighborhood, where so many local public schools have been shut down by the city over the last decade.

We’re still turning over what this all might mean. But we want to hear your thoughts in the comments.