The Most Important Angry Black Women In Hollywood History. 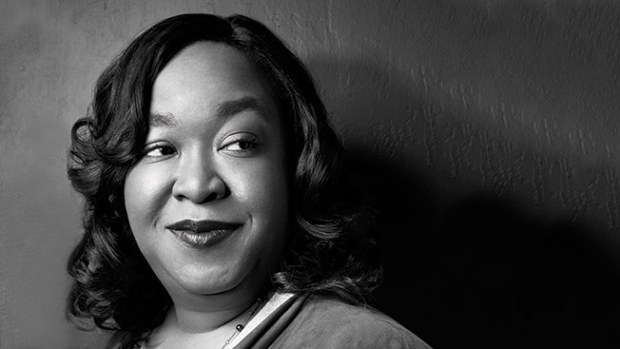 Last week, the New York Times’ Alessandra Stanley praised Shonda Rhimes for taking ownership of the often demeaning “Angry Black Woman” label. “Ms. Rhimes has embraced the trite but persistent caricature of the Angry Black Woman, recast it in her own image and made it enviable,” Stanley wrote. “She has almost single-handedly trampled a taboo even Michelle Obama couldn’t break.”

Stanley’s article was an eye-opener — apparently even Rhimes herself wasn’t aware of her laudable status. “Apparently we can be ‘angry black women’ together, because I didn’t know I was one either!” Rhimes excitedly tweeted to Peter Nowalk, the show’s creator.

As fans of Rhimes’ Scandal, we were surprised that Rhimes’ might be surprised.  What are her dramas if not a showcase  bevy of  strong, assertive black ladies?  Take Cyrus Beene, for instance! And who could forget the many times in which Olivia Pope affixed her steely gaze upon her enemies, or delivered a withering read to some poor fool who stood athwart her plans?

Indeed, the Angry Black Woman has played a vital but overlooked role in American television, and it’s long past time that they got their due. Brokey McPoverty  and I decided to spotlight the most influential of these, who weren’t like those bossy, sassy, salt-of-the-earth working-class women who have been scolding and uh-uh-ing on screen ever since Esther Rolle played Florida, the maid on “Maude.” They changed the game.

Cliff Huxtable’s step-granddaughter took no shit from anybody. When Denise and her father bored her, she arranged to have them sent away to Singapore.

Do you know how tough a black woman has to  be in order to succeed in the world of imaginary toy medicine?

Three apples high and hair laid to the gawds — all while holding down a village full of flawed brothers with a lot of potential. Respect.

Wilson the Volleyball, Cast Away

It was supposed to be a showcase for  Academy Award-winner Tom Hanks,  but Wilson turned in a subtle, scene-stealing performance  in Cast Away. She’s Hanks’ only companion for much of the movie, at turns taciturn and argumentative. And in the movie’s most emotionally fraught scene, she subversively disproves another hoary stereotype about black women — by swimming away.