Home » Browse PostBourgie » What We Mean By ‘Criminal.’

What We Mean By ‘Criminal.’ 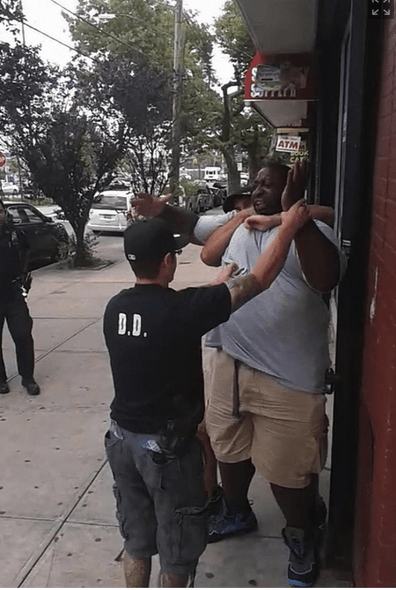 Monica has written here before about her days as investigator for the Civilian Complaint Review Board, the NYC agency that looks into allegations from civilians about police misconduct.

She dropped by NPR’s Code Switch — my day job — to talk about what it’s been like to watch all these videos of police officers choking people to death and stomping on their heads as they confront them for petty crimes.

But I no longer watch these videos like an investigator would; the questions that they inspire are deeper. Is there anything else we can and should do to stop jaywalkers? The Garner video also starts out minor, but after he pulls his hands back away from the officers who are trying to handcuff him, it escalates quickly, with a swarm of officers and a chokehold Garner doesn’t live through. Why was it so important to arrest him in the first place? Adding police officers to any situation is going to increase the likelihood of violence, and there’s nothing we can do to change that except reconsider the conditions under which we add police. That’s because, in any situation, we’ve given police officers extraordinary powers and wide latitude to “stop criminals,” without spending a lot of time considering what we mean by “criminals,” and how far we’re willing to go to stop them.