Why Cops are Always 'Credible.' 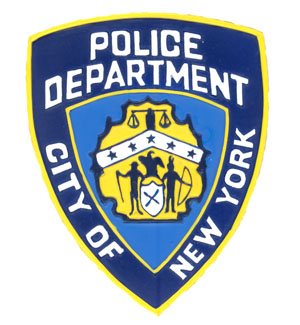 The most surprising aspect of the verdict in the killing of Sean Bell, the unarmed Queens man gunned down when police officers fired 50 bullets at his car on his wedding day, was that the verdict hinged on credibility.

I worked as an an investigator for New York City’s Civilian Complaint Review Board for two years. Those of you who know it exists likely think of it as an ineffectual institution that only goes after police when they say naughty words, but it has been given more teeth as an agency through the years after high-profile incidents like Diallo and Louima. It is an all-civilian organization charged with investigating complaints of misconduct. By law, it must investigate, or make an attempt to investigate, every case that comes its way.

The CCRB investigates everything from accusations that an officer used a curse word inappropriately to improper execution of a search warrant to improper use of deadly force. I’m 99.9 percent sure there’s a bloated Sean Bell case file sitting on someone’s desk, though, for complicated legal reasons, these kinds of investigations are put on hold when there’s a criminal trial.

We were asked to examine the credibility of each complainant and each officer, and our investigations sometimes turned on those assessments.

But here’s the problem with that: police officers will almost always seem more credible.

They are trained to testify. They are trained to relate a series of events in a cohesive narrative. They make notes during and immediately after the incident to which they can refer. They file reports. They are intimately familiar with the laws that apply. They encounter civilians every day and can more easily become emotionally detached from an incident than a civilian can (although I doubt officers become emotionally detached from incidents involving shootings). They recount things, together. And they know, when they do not remember something, it is in their best interest to say, “I do not recall.”

I’m not suggesting that it’s always as insidious as a group of officers getting their stories straight in a back room, (though we all know it happens) but the truth is, the rough edges of an officer’s story will be smoothed out before he or she gets to an interrogation room or courtroom. For the civilians, the event is different. It is sometimes the first time they have encountered an officer, and they are upset for some time, which can change the way they relate a story. Their knowledge of how a search warrant is executed or an arrest is affected comes from television and movies, which are either overly dramatic or are much less messy than in real life. They also, as everyone does every day, fill in the blanks in their memory. I think people assumed I wanted them to give a full story with all the details and that I would penalize them if they had forgotten something (I would remind them it was ok if they did not remember). And they don’t have a lawyer guiding them every step of the way. Lord only knows how horrendous recounting the details was for the Sean Bell witnesses.

Our job as investigators was to try to remember those things and see through them to find the truth. It’s hard, because, ultimately, we were all part of the same institutions as the cops. The agency is outside the department, but I was an employee of the city. I interacted with officers every day, and became used to their style of relating a story. That doesn’t mean I found people incredible when they had minor inconsistencies, but it was hard to keep in mind that each individual was not as familiar with police procedure as I was.

I’m sure Justice Cooperman is a highly talented, skilled judge with more years of experience than I have been alive. But sometimes that experience can be a hindrance. The officers were probably used to testifying in court, and the lawyers and the judge were all used to seeing the officers there. Young black and Latino men are often in courtrooms for different reasons. Judges sit in those courtrooms every day. No trial takes place in a vacuum.

Errol Louis, the Daily News columnist and a law school grad, Monday-morning quarterbacked on the Brian Lehrer show on New York’s NPR station about how the prosecutors should have better prepared the witnesses. He’s right. He also points out that there were important inconsistencies in the officers’ stories as well, including whether or not the officers identified themselves.

Officers can always articulate a reasonable fear for their or others’ safety, the criteria for using deadly force: they have dangerous jobs and are called to situations that are sometimes already dangerous. They know that a reasonable fear of safety is necessary to justify force, and so they are ready to tell you their justification during their first statement. They also will tell you, if you sit them down in an interrogation room and compel them to answer your questions, that they work in dangerous neighborhoods where people hate them. That’s what some cops believe about the neighborhoods they police; that they are full of danger and anger that is directed toward them. If they believe that, every action can be considered furtive. Officers always say someone is grabbing for their waistband. I’m not saying the officers in this case were lying, but if there was a stock phrase officers had ready for the CCRB in a case in which guns were drawn, it was that someone was making a gesture toward their waistband toward their waistband.

That seemed to be part of what happened in the shooting of 19-year-old Timothy Stansbury in Bed-Stuy in 2004. Officer Richard Neri had said he was startled when he encountered Stansbury in the stairwell while conducting a vertical patrol (in which officers patrol up and down the stairways of an apartment building) in the housing project in which Stansbury lived. Neri said the shooting was an accident, and it was immediately called unjustified by the commissioner. But a grand jury did not indict.

The procedural errors in the Bell case, of which there seemed to be many, will likely be determined in a civil and administrative courts, but there are bigger questions. Why were the officers at that particular club in the first place? They have painted it as a den of iniquity, but it was also in a particular kind of neighborhood with a particular kind of clientele. There are plenty of clubs in the city where you’ll find relatively wealthy, white, New York transplants breaking the law, but you are unlikely to find undercover officers there. Furthermore, as many have argued, there are probably safer, easier ways to shut down clubs where illegal stuff happens.

The bigger question raised is, if we give someone a gun and allow them to legally kill people, how high a standard should we hold them to? If you can’t handle the idea of danger without pulling out your weapon, should you be a cop? (Neri was sent to the property clerk’s office). Officers, after all, are ordinary people who make mistakes. What kind of mistakes are you allowed to make when society trusts you with a gun? When does incompetence, as Justice Cooperman referred to it in the Bell case, rise to the level of criminality if its not when it results in death?

What immediately seems to be true does not always hold up when the evidence is scrutinized. But sometimes the details can cloud the basic facts which are clear to everyone else; that officers fired 50 bullets at a group of unarmed man. Fifty bullets seemed excessive from he start. It still does.